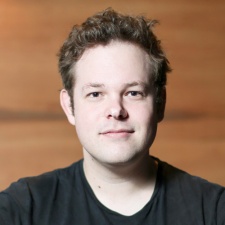 Mike Bithell, the man behind Thomas Was Alone and Volume, has previously advised fellow indie developers to avoid mobile until they have launched on other platforms.

This, after all, is what he did with his debut hit Thomas Was Alone, which came first to PC and consoles before being ported by London-based Bossa Studios to iOS and Android.

Had this been reversed and the mobile version launched first, Bithell suggests the outcome would have been very different.

“It would have struggled for a few reasons,” he tells PocketGamer.biz.

“It needed that time to simmer, and to catch enough of those first few people's attention that it could then grow into its own thing.”

An anonymous mobile-first indie game is far less likely to be given this opportunity, he goes on, due to market saturation and the fact that games journalists and YouTubers give more coverage to PC and console games.

However, while still harbouring the same concerns and maintaining that indies should approach mobile with caution, his stance has softened a little.

“A lot of advice is immediately out of date. The way in which Thomas Was Alone did well cannot be reproduced now - it's a completely different market, different time, different place,” he considers.

The way in which Thomas Was Alone did well cannot be reproduced now.

And so, while Thomas Was Alone and mobile may not have been an ideal match back in 2012, the landscape has shifted again - and so too has the focus of the wider industry.

Bithell considers this an opportunity.

“I love VR, and I'm making a couple of VR games - but so's everyone else,” he says. “So there's this weird drought right now of more traditional indie games, especially on mobile.”

“I look at that and I think, 'now's the perfect time for someone to make a mobile game.'”

“Being away from where the herd has always worked,” he goes on.

“You can totally map that 2011 surge in PC indie games at the exact point triple-A publishers all decided PC was dead.”

The end is nigh?

However, while many aspiring and as-yet unknown indies look to Bithell and his success for inspiration, it's for this very reason that he feels a certain discomfort in giving advice - especially when it comes to issues like the so-called 'Indiepocalypse'.

“The difficult thing with Indiepocalypse, and the reason I don't tend to comment on it much, is because I'm very lucky and I'm doing really well… I'm basically comfortable,” he explains.

“The one thing you don't want to hear from someone who's doing comfortably is 'there's no problem, it's all fine!'”

The one thing you don't want to hear from someone who's doing comfortably is that there's no problem.

Bithell's gut feeling, though, is that the current situation of “5 or 6 big indie hits a year and a bunch of others getting by” is essentially the same as it has been for the past few years.

The perceived issue, he reckons, is down to a few factors. One is that the number of gamers is not growing as fast as number of indie devs, meaning that more failures are somewhat inevitable.

Another - and slightly more positive - take on the situation is that indie developers who have struggled are now given a platform to talk about their experiences, rather than being marginalised.

“We're now much better at listening to those voices,” he says. “[The Indiepocalypse] is almost a side-effect of us getting really good at communicating.”

No time for crunch

Another area in which Bithell believes communication has helped the industry, and especially relevant to recent discussions, is crunch and work-life balance.

“My whole life was Volume at one point, and that's not healthy,” he recalls.

What's interesting is that crunch remains an issue in the indie space, even when it's self-imposed. Why is this?

“I think most people who love their jobs struggle with it, and that's the problem - when I take a day off, I kind of wish I was making games.”

It's becoming incredibly unacceptable to be pro-crunch, and I like that.

However, he goes on to explain that he has now adopted a more traditional working day, which has resulted in better work - a fact that the industry at large is beginning to acknowledge.

“It's becoming incredibly unacceptable to be pro-crunch, and I like that,” notes Bithell.

“Crunch is becoming a taboo, people are embarrassed by it, and it means we're all less likely to do it.”

As the developer behind Volume, a stealth game set inside an immersive simulation, it's unsurprising that Mike Bithell is now working with VR.

But can we expect another of his games on mobile?

“I am making mobile stuff,” he confirms. “I am playing with ideas, but most of them will probably never see the light of day... Being okay with deleting an idea is an important skill.”

From a puzzle platformer starring surprisingly human rectangles, to a futuristic Robin Hood story set in a virtual realm, Bithell clearly has no shortage of bold and diverse ideas.

Here's hoping some of them escape deletion and make it to mobile.