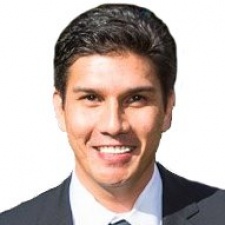 Canadian publisher Magmic and mobile ad firm MediaBrix teamed up with leading neuroscientists at the end of 2016 for a psychological look at how mobile gamers engage with ads.

Indeed, 90% of those studied actively watched the rewarded video ads on offer, while only 25% paid attention to interstitials - which were found to be twice as likely to elicit a negative emotional response.

The study also highlighted that for interstial ads, players' attention is fixated on the corners of the screen, scanning for the X button rather than engaging with the ad's content.

So to learn more about the study and what both mobile developers and advertisers can learn from it, PocketGamer.biz reached out to Magmic's Director of Marketing Jonathan Simon.

PocketGamer.biz: What sparked Magmic's initial interest in studying neuroscience in relation to in-game ads and how did the team-up with MediaBrix and neuroscientists come about?

Jonathan Simon: MediaBrix, who had also teamed up with neuroscience partners True Impact and Neurons, Inc., approached us with the idea of studying how our users in Scattergories would react to in-game ads in a new way, and we were happy to participate.

We thought that this study would give us important data on how the users interacted with different types of mobile ads and later we could then use that data to improve our user experience.

Tell us about the methodology of the study. What do you consider to be the key takeaway findings?

The key finding was that the user experience takes a huge hit when you deploy poor-quality advertising.

They didn’t know the purpose was to measure their reactions to ads presented during their session. During their gameplay, two consumer packaged goods brands displayed ads with one of two different mobile ad formats.

One was the standard pop-up interstitial that is very common, and the other was a context-specific ad designed to aid the user journey.

The latter allowed users to opt into the experience, and users were rewarded with in-app goods for viewing. After testing, we also administered a survey to gauge how they felt about the ads and the brands in them.

One of the key findings overall was that the user experience clearly takes a huge hit when you deploy poor-quality advertising.

Users were two times as likely to have a negative emotional reaction to an interruptive pop-up ad, while users who viewed an opt-in, rewarded ad were four times more motivated to keep playing the game afterward.

So not only do users react poorly and have a bad experience, pop-up ads also made them less likely to want to continue playing Scattergories - which isn’t want we want.

What was also really striking was that users immediately looked for an X button when confronted with a standard pop-up ad.

How useful is neuroscience for tracking a player's immediate, psychological responses? Do you feel it's an untapped area for games, and would you like to see it explored further?

Compared to traditional user surveys after the fact - or worse, seeing player churn you can’t attribute - neuroscience tools provide real-time, immediate insight into the user’s state of mind without filter or the social layer that can lead to unreliable survey results.

The measures we used can immediately detect specific cognitive states to offer a big picture understanding of the player's physiological reactions.

This gives us a uniquely deep knowledge of our Scattergories players, which could revolutionise user retention and the whole user-game relationship building process.

Not to mention help us monetise more effectively without alienating our users.

At the end of the day, the only real metric of success for a mobile game is whether your users keep coming back to play your game again and again.

Understanding users’ psychological responses using scientific data is a great way to make changes to impact the retention metric and should definitely be explored further.

From a publisher's perspective, what were the most practical, actionable insights from the study? How has it changed how Magmic implements ads?

First of all, you don’t have to be afraid to monetise with ads. This strategy can be effective, and even build better user relationships.

Ads have to go with the flow of the game and not interrupt it.

However, you do need to be careful to deploy the right ads. Put yourself in the users’ shoes and make sure the ads you serve contribute to a positive user experience, not detract from it.

Ads have to go with the flow of the game; not interrupt it.

I’d also say, be strategic in the ad partners you choose, build the relationship and work closely with them to ensure the ads you’re serving suit your users.

For example, we know that our Scattergories users respond well to branded ads and that’s why we like working with MediaBrix; their content suits our user base and we’ve worked with them for quite some time because we trust their approach. The results of the study validate that.

I wouldn’t say things have changed too much because we always take our users’ feedback into account when implementing ads into our games.

We are always testing different ad placements and formats. I would say that the study results reinforced to us that our approach is working.

From the perspective of an advertiser, how useful is it to know exactly how players are engaging with your advertisements? To what extent is it important to be aware of the placement and presentation of your ads in-game?

For brands it’s absolutely critical to understand how - or if - consumers engage with your ads, because it tells you what time of return on investment you’re getting from your ad spend.

Ultimately, the goal is to build a relationship with these consumers and convince them to buy from your brand.

And a huge part of that is how your ads are being presented in mobile games, or anywhere you’re advertising, and whether they’re engaging or alienating consumers.

Brands can’t afford to operate in the dark with advertising.

The overwhelming response from the study seems to be that players react more negatively to interstitial ads. What, then, do you think is the future for interstitial ads? Is there a way of minimising the negative response, or should they simply be phased out?

Interstitial ads are the most popular form of mobile advertisement right now, and as a publisher we will continue to use this format for now.

We understand that from the user’s perspective that interstitials, in their current form, are an untenable advertising method especially when used in placements that interrupt the flow of the game.

Target ads for the many paths the user journey can take.

We like working with ad network partners like MediaBrix who are evolving ad formats and finding different approaches, and I hope to see more of that in the future.

What, in your view, are some best practices for implementing embedded, opt-in advertisements?

Think about what makes sense for your users, and remember that each of your users is unique.

Some users already spend plenty of money in your app, so you don’t need to monetise them further with ads - that will only annoy them and cause them to leave the game.

Instead, target ads for the many paths the user journey can take. Some players hit a wall at a certain level and will quit the game if you can’t help them out with a rewarded ad.

On the other hand, some power users don’t need to buy in-app boosts or be rescued with an ad reward, but that doesn’t mean you can’t reward them for succeeding and continuing to play.

As with anything in mobile game publishing, it’s a balancing act and you have to work hard to get the balance right.