Dropping out of university to build a 400-strong company 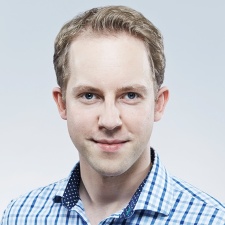 It was an opportunity for the company's 400+ employees to celebrate InnoGames' life so far, starting out on browser games before making the successful transition to mobile.

Ten years is a long time in the games industry, and CEO Hendrik Klindworth was understandably in a nostalgic mood.

Indeed, for Klindworth the journey began more than ten years ago when he, his brother Eike and friend Michael Zillmer began developing a browser-based strategy MMO called Tribal Wars in 2003.

“In the very early days, it was more like a hobby,” he reflects. “It was more about creating a game that we could play with our friends.”

Back then, Klindworth was the project's lone programmer. His brother Eike took care of graphics, with Michael Zilmer (now Chief Operating Officer) in a support role.

Klindworth was only 19 years old when the Tribal Wars project began, and just about to begin a Computer Science course at university.

However, with the game finding a far wider audience than the young team had initially anticipated, it became clear that this demanded more attention than your average extracurricular activity.

It was around 2005 that it became clear to us that this was more than just a hobby.

“I think it was around 2005 that it became clear to us that this was more than just a hobby,” Kilndworth recalls. “We had tens of thousands of players, and we also saw the responsibility that we had to our players.”

This was crytallised by a major server crash that year. “We had to make the decision, do you want to go and do a test at university or do you fix the servers?”

It was no real contest, and Klindworth soon dropped out of university to build a business around Tribal Wars.

Things moved quickly after that.

“By 2006 we had already done international launches,” Klindworth says.

“We had one office where we as founders were, but we also had community managers on a worldwide level who supported us with part-time jobs, and we had already a couple of hundred thousand players - with three people in the office.”

With the game clearly outgrowing the small team, the trio of co-founders moved from their small hometown of Stade to establish and grow a studio in Hamburg.

They called it InnoGames, more successful releases followed, and the rest is history.

Tribal Wars, however, is not. Still running after an astonishing 14 years, with a mobile version launching in 2012, the game actually grew its revenues in 2016.

So how is the game, the core of which is still recognisable as the one developed by three hobbyists in 2003, still doing so well?

For Tribal Wars we always have a small but very experienced team on the game.

“One part is about change,” considers Klindworth. “Always improving the game, adding new features and events.

“Some companies say they stop development on a game, but for Tribal Wars we always have a small but very experienced team on the game.

“They know Tribal Wars by heart and were active players before, so have a great depth of knowledge about the game.”

So is Tribal Wars a one-off, or can we expect to see other InnoGames titles - perhaps Forge of Empires, which recently celebrated its fifth anniversary and hit $279 million lifetime revenue - sticking around for another decade?

“That's of course best case scenario,” says Klindworth. “We built up some experience of how to run a game for such a long time, and we'll try to continue that for our other games. We're seeing similar trends there.”

Mobile now plays a major role in that strategy for InnoGames, providing what it sees as the natural technological evolution of its original philosophy.

“Initially, our idea for browser-based gaming was that players can play our games anywhere, anytime,” Klindworth explains. “But the world of course changed, and mobile is even better for our mission.

“We started bringing our existing games to mobile, and for the entire company it was a learning process - it was not easy.

“We saw the real breakthrough in 2014 with Forge of Empires, and that was the first time we really had a top hit on mobile. That was when all the effort paid off… this was the point that we proved we are a mobile company.”

And while Klindworth is keen to emphasise that browser gaming remains strategically important for the company, and is also seeing growth, more growth is coming from mobile.

Building up a portfolio of successful mobile titles is the next thing for us to prove.

InnoGames is currently working on mobile-first games at its new Dusseldorf studio, with an eye to launching this year.

“Building up a portfolio of multiple successful titles on mobile is the next thing for us to prove,” Klindworth states.

Klindworth isn't willing to speculate on where InnoGames will be in another 10 years - after all, the past 10 have proven how unpredictable this industry can be - but he has plenty of shorter term ambitions.

“In five years we'll be mostly a mobile games company,” he says. “We'll still have our browser-based games out there, but mobile will play clearly the major role.”

And why not? The company's rise from humble beginnings has been meteoric over its 10 years.

And with legacy titles exhibiting incredible longevity, alongside new projects in the works set to bring the firm into a new mobile-first era, InnoGames enters its second decade with high hopes.