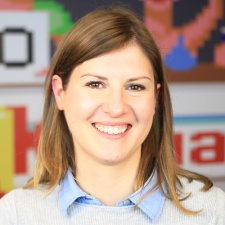 Since launching on mobile in 2014, Forge of Empires has firmly established itself as InnoGames' most successful title.

And now the Hamburg developer is taking another city-builder, Elvenar, through the same transition from browser to mobile.

Already second only to Forge of Empires in InnoGames' portfolio - both in terms of profitability and team size - Elvenar first launched on browser in 2015.

“City-building with Forge of Empires was really successful, then the question was 'can we do it again?'” recalls Product Manager Ulrike Kunkel to PocketGamer.biz.

“The fantasy setting came quite naturally because we didn't have anything like that in our portfolio yet, and in the browser market back then there were not many fantasy games.

“And when you talk about fantasy, the question of races is a big one.”

This led to the development of Elvenar's major hook, which is that players can choose to play as either humans or elves at the outset.

This in turn affects the look and feel of the cities they construct, each having distinct buildings and units.

Kunkel reports that players have embraced this, with particularly dedicated ones using multiple accounts to play in different ways.

We have a 50/50 share of female and male players, and we also see that could work out on mobile.

But the game is not about conflict between these different groups.

“It's really important to know that it's a peaceful game,” she emphasises. “Everyone coexists peacefully, and in the gameplay mechanics we have, nothing is taken away from you. Other players do not harm your progress.

“We get the feedback a lot that people actually like that. Our audience is quite unique - we have a 50/50 share of female and male players, which is huge. We also see that could work out on mobile.”

It was Kunkel's intention from the beginning of the Elvenar project to create something that could reach a wider audience for InnoGames and at 50%, it now boasts the highest proportion of female players in the studio's catalogue.

Something else that factored into the team's strategy from the very beginning was mobile, especially following the success of Forge of Empires on the platform.

“We always planned to give it a mobile version,” Kunkel recalls. “But we decided to focus on one platform first, make it right there and bring it to mobile as soon as we know that it's working out.

“Browser is our home base at InnoGames, we know what we're doing there. Mobile, especially back then while we were in production, was still new to us.”

In May 2017, InnoGames soft-launched its mobile version of Elvenar in the UK.

And as with Forge of Empires in its early years on mobile, the priority right now is for Elvenar on mobile to catch up with the browser version.

“At the moment, the key difference is that we are not feature-complete with the browser, and we have to see where we end up with the current feature set,” Kunkel explains.

“Elvenar has been commercially live for two years now, and there's more than three years of production time in that game, so bringing that to mobile is quite a big task.”

This lack of parity between the soft-launched mobile version and the browser original, she suggests, is why KPIs are “not the same as on browser”.

But with a global mobile launch anticipated in Q4 2017, Kunkel remains confident that the goal is achievable.

“We will explore what we need to add step-by-step,” she states. “But it's promising. We are not far away.”