Rewriting the rules of board game manuals with Dized 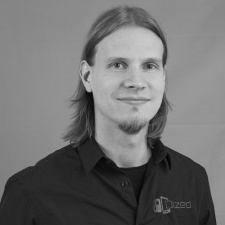 The cultural and economic board game boom needs little introduction.

Once-niche strategy games like Catan, Carcassonne and Ticket to Ride are nearing on household name status today, thriving as apps and claiming shelf space once reserved for Monopoly and the like.

Video game companion apps, meanwhile, have experienced a rather less significant foothold in the public conscience. Many good examples exist, but they are far from synonymous with gaming.

A mobile companion app for games, though? It's certainly an interesting notion.

Tabletop gaming rarely requires technological nous or familiarity with the grammatical conventions of GUI, but there are rules to learn. While video games generally implement rules via their interactive systems and within their gameplay, most board games require players to constantly police the rule-set as they play.

It's a problem the team at Playmore Games has seen time and again. Established in 2014 to design and publish board and card games, they quickly realised they could develop a tool to make their releases – and those of other companies – easier to learn and engage with.

"While board games are awesome as they are, it doesn’t mean that they couldn’t be even better," offers Playmore's COO, Tomi Vainikka.

"Smart devices are very common nowadays and provide a lot of opportunities that conventional methods do not, and this holds true to board games as well. We feel that if a smart device can lower the barrier of entry for everyone to learn new games, or it can find you company to play with or make the games more immersive and better, it should be explored."

Inspired by that thinking, the Playmore team has created Dized, a mobile companion app for a broadening range of existing board and card games.

"Also, and most importantly, we love playing games, but hate reading rulebooks," Vainikka adds. "And it seemed like vast majority of gamers share our opinion."

Rulebooks can serve as fascinating working documents of game design theory, absolutely, but many offer a far from a thrilling read. Indeed, many superb games have their potential stifled by ungainly, heavy and friction-heavy manuals. Dized, on the other hand, is designed to be as user-friendly as possible.

Dized teaches players how to play board games in a way that they can skip the rulebook.

"Most importantly [Dized] teaches players how to play board games in a way that they can skip the rulebook, sit down with a new game and just start playing," Vainikka explains, speaking just as the app has cleared its Indiegogo target, seemingly proving that the concept courts appeal.

"The app is like a friend at the table who already knows the game, and teaches it while players are playing. These tutorials are to be 3D animated, 'voice-overed' and subtitled. They are interactive and smart. The app follows what's going on in the game and uses this information to determine what rules to teach next, and this allows the learning to happen gradually."

There are also plans – should Dized reach its ambitions – to augment physical games with digital mechanics, offer downloadable content and provide community features and other tools. It's all very ambitious, but making the idea a reality meant facing a significant challenge.

Just how is the Playmore team making sure Dized capably supports existing board games from other companies, while providing the capacity to cover the significant diversity of mechanics tabletop offers?

"Of course, teaching a game like Carcassonne diverges a lot from teaching a heavy Euro game," Vainikka concedes. "But we knew from the beginning that Dized needs to be able to do all sorts of games and that’s what our initial library reflects, as well.

With the toolset that we are creating we can build these tutorials a whole lot faster.

"Of course, the tutorial for a complicated game is longer and more elaborate, but for the user the experience will stay the same. For us it comes down to slicing each single rule as a separate entity and figuring out when to teach it and what other rules it relates to.

"In that sense, it’s the same process to teach an easy or a difficult game, the latter just takes longer to figure out. Of course, creating the assets, animations and such is a longer process for more complicated games, but we are creating in-house tools to help tackle this problem."

As that work continues, partnering has proved essential to making Dized a reality. That means reach out to game publishers, and working together to built a workable 'in-game' companion app tutorial.

Such an effort is already underway, with the upcoming Munchkin: The Collectible Card Game – which extends the popular Munchkin series from Steve Jackson Games – being the latest revealed to join the Dized rostrum.

"With the toolset that we are creating we can build these tutorials a whole lot faster," promises Vainikka.

"Eventually we will also allow publishers and designers to start creating content with the tools for their own games. At that point the library of games will start expanding rapidly. Right now publishers can already sign up for the program so that they get their hands on the upcoming features as soon as possible."

With interest around Dized already substantial – and the potential of the sizable board games industry and player base – it has a good chance of flourishing. It is set to take on a subscription-based model and exist as a free download.

It may not quite be a mobile game or a free-to-play release, but Dized absolutely demonstrates how apps have plenty to offer those that make and play games. And it turns out there's plenty of capacity for fresh innovation left in the mobile space.