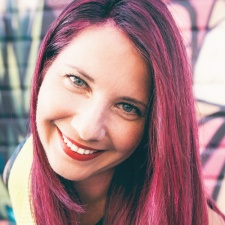 This week, we spoke to Temple Gates Games CEO Theresa Duringer about how the studio is digitising board games for mobile.

Theresa Duringer: My mother was a game developer, my father was a programmer and I didn’t really know much else when I found my first job at EA. After working on the Sims, Sim City, and Spore, I jumped ship to make my own game with Pete Angstadt, another designer from Maxis. We made Cannon Brawl and since then I’ve shipped seven indie games across eight platforms in the last decade.

Indie development is kind of a young person’s game. You live with six other people in someone’s parents’ house. Most of you don’t make any money. It’s a privilege and it’s a sacrifice.

Being an indie with no boss and loose accountability can feel structurally nebulous. However, Tim Conkling of Antihero shared a secret: He meets with developers - even from other similarly small companies - in a stand-up meeting, outlining objectives for the day. The morning meeting creates a little sense of accountability, so I’ve borrowed this trick.

Then it’s coffee, sync the codebase, load the project, play with new features, and plough through my features and bugs queue. I do design, which means I’m working between photoshop, code and custom tools like our UI editor quite a bit too.

Indie development is kind of a young person’s game. You live with six other people in someone’s parents’ house. Most of you don’t make any money. It’s a privilege and it’s a sacrifice. Over the years, less and less people are willing to make that sacrifice. After all, there are good jobs to be had here in the San Francisco area - jobs with security, health insurance, benefits etcetera. It’s very expensive to live here and people start to want space, privacy, steady income, and family.

When I took this leap, I had a gang of outlandishly creative friends all in it together. We were taking on the world but now many of these people have moved on to work at the Facebooks and Salesforces of the world, with others leaving the region.

Indie development has always been kind of a team sport. You’re independent in name only - you scratch each other's backs for the fun of it, but also out of necessity. We all had to help each other out to compete with triple-A. I didn’t quite realise when getting into this that I’d be one of the last ones standing, and that’s becoming a bit of a lonely place to be.

What I’ve learned is that doing ethical work costs resources. Making the kindest, most compassionate, generous decisions takes money and power. This became apparent to me after playing Frost Punk, a game in which a society on the brink of desolation challenges the player to enact brutal laws, such as employing child labour to survive another day.

When we’re flush with cash we can make the noblest decisions, yet so many indies scrape by. Many of us chose indie work because we wanted to make the world better through our art. It’s ironic that the risk of this path is that sometimes we can’t afford to make the choices we would admire. To me, success is having built an engine that supplies the resources to make the most ethical choices.

Discoverability still seems to be the metric for success that eclipses all others. We as indies with limited marketing budgets are at the whims of the 'all-powerful algorithms' of each platform’s store.

Recently our sales have shifted lower on Android and higher on Steam. Given that sales for digital board games are generally fairly lockstep with their physical counterparts, our assumption is that the algorithms have gotten tweaked when we see big swings.

Our vantage is pretty limited to the digital board games niche, while mobile games seem absolutely flooded and we would be hesitant to enter the market without an established IP attached to our titles.

Could you tell us about your Roll for the Galaxy and why the game felt right for mobile?

Roll for the Galaxy is a dice laden boardgame following in the footsteps of Race for the Galaxy, its spiritual progenitor. The game's engine builder mechanics are a fit for mobile platforms because AI can pick them up, offering a robust solo play experience. Also, its cards reduce resources to symbols which fit well on a compact screen. However, more than that, this is just a fun game boardgame that digital players have been asking for years.

We’ve basically been throwing ourselves at walls to see which walls have secret easter egg passageways that lead to dollars. It sounds cynical but without rent, we can’t make games.

Many game developers would like to make premium apps given the choice. Charging players upfront allows us to focus on delivering a quality game. For us, it's about developing a board game with high fidelity to the original experience, without the distraction of developing freemium features necessary to generate revenue.

Normally though, a premium price tag represents an insurmountable barrier for building an app’s player base. Board games enjoy a unique position on the mobile games platform. The heavy-lifting of building trust and familiarity with an IP has already been done by the physical board game publisher.

We’ve launched Roll for the Galaxy right in the thick of this pandemic and it’s been an experience like no other. Our usual launch plan includes demoing our game at GenCon; a 50,000-attendee strong boardgame convention in Indiana and the biggest of its kind in the Americas. These plans were naturally scrapped.

Likewise, plans for SXSW, PAX, and GDC were all canned. Months of booth prep, planned talks and panels, etcetera. down the drain. We normally pepper boardgame shop bulletins with our flyers but that’s no longer possible. Even our launch parties (hosted at local board game shops like Victory Point Café) were off the table, so building that grassroots sense of community around the game was a challenge.

I work in an artist collective downtown, which has been shuttered throughout lockdown. As an indie, my resources are limited but being a part of a collective gives me access to resources.

All that said, those in the games industry have been lucky, with the team largely able to work from home. Players are playing more than ever too! During the great depression, cinema stood out as an industry which thrived amid the ruin. The need for escape, comfort, and entertainment amidst despair is human. Games seem to be offering that same respite during this 21st-century trial.

Since jumping ship from triple-A to indie, we’ve pivoted several times. We started with real-time strategy games on PC (Cannon Brawl), dipped into virtual reality (Ascension), and are now digitising board games (Race/Roll/Shards of Infinity).

We’ve basically been throwing ourselves at walls to see which walls have secret easter egg passageways that lead to dollars. It sounds cynical but without rent we can’t make games. Digital board games were not our first bet but they’re the bet that has paid off so far, so we’re going to keep exploring this passageway to see what hidden levels await. Also, we love board games.

Pet board game concept: You’re a Michelin star chef. It’s the apocalypse. You will let nothing, not even civilisation’s collapse, get in the way of maintaining your three-star rating. You’re going to be looting a destroyed city for ingredients to make piping-perfect entremets amid the calamity of nuclear destruction.

Mostly this concept is an excuse to 3D print prototype components. Since it’s rare for a board game to be financially solvent, this is my fantasy project to design when money is no object.

You only ever hear about the mega hits, nevertheless, those titles are such a small part of our collective product. Don’t let it deter you from pressing forward when your first, second or even third games don’t make a huge splash.

Temple Gates Games has released almost 10 games and each one adds just a piece of revenue to our portfolio, growing the community, our engine, toolset, and our skills one step at a time.