Indie Spotlight: Bontegames' Bart Bonte on creative constraints and the allure of puzzles 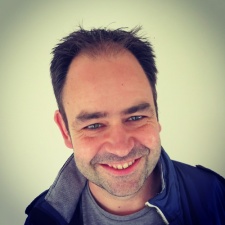 The word puzzle has come through history to arrive at an interesting duality of being both intellectually confusing and a relaxing form of escape.

According to Hensleigh Wedgwood’s Dictionary of English etymology, the word comes from pulse, which means to bewilder or confound, with the additional meaning of “a toy contrived to test one's ingenuity" coming later within the mid-19th century.

As with all of history’s beloved games, from board games to card games, the puzzle was among the first to make the electronic jump and continues to be the basis of indie inspiration and innovation, and is especially prominent in the world of mobile games.

To that end, for this week’s edition of the Indie Spotlight we decided to reach out and chat to the puzzle wizard behind Bonte Games, Bart Bonte, about life, work and the challenges of the modern mobile market.

PocketGamer.Biz: Can you tell us a bit about yourself?

Bart Bonte: I'm an indie developer who mainly makes browser and mobile games, and I have been doing this full-time for almost 10 years now. I am a one-man team: I do all the code, graphics and music for my games.

You might know me from the games 'Sugar, Sugar', a puzzle game where you must lead hundreds of sugar crystals to coffee cups by drawing on the screen or the 'Factory Balls' puzzle games in which you have to produce balls by combining all kinds of tools.

My first games date from 2005/2006. In my spare time, I created browser games for fun with Flash, an animation tool that was extremely popular at the time. The Flash animation tool was easy to master and a little misused to do something that it was not originally intended for: making games.

It was also the period when portals such as Newgrounds and Kongregate experienced golden times: everyone who was creatively engaged in animation or games was able to present his or her creation from his or her bedroom to a massive and eager audience that responded enthusiastically to innovation and quirkiness.

My first browser games were received so enthusiastically that I haven't stopped making games since then, and I finally made it my full-time business.

Once you start having a catalogue of games, it becomes hard to find a balance between maintaining older games and putting out new content.

Creating new games is the most fun, but to keep the business running I can't risk having older games break down due to new phone models or additional requirements from app stores.

I can't neglect older games, so I have to add additional content to them from time to time to keep them relevant.

I can't neglect older games, so I have to add additional content to them from time to time to keep them relevant. That makes it frustrating sometimes, to not be able to give your full attention to new ideas, but it's inevitable.

Yellow recently got some recognition in the Google Play Indie Games Contest as a close runner-up, what was that like?

As an indie developer, it's very difficult to get attention for your games. Without much attention in the press, Yellow has, since its release last year, steadily increased to over four million Google Play downloads with raving comments from the players and an average rating of 4.8/5.

The fact that the game won third place in the company of the amazing Bury Me, My Love and Old Man's Journey games feels very good and is a great reward for all the work that I have put into it.

Yellow was very popular with the public at the contest and it was nice to be able to explain to the jury the story behind it and the motives for the game.

I sometimes say jokingly that the game is a declaration of love from me to that beautiful colour yellow, but ultimately it's a love letter to the touchscreen. When I was creating the game I tried to reflect on my first experiences with a mobile touchscreen.

I tried to forget years of mobile game conventions and wanted to recreate that initial excitement of simply tapping and swiping and seeing the screen light up brightly in your hand.

What do you find most appealing about the puzzle genre?

It is true that all the games I make are indeed puzzle games. I have started working on different kinds of games but in the end there are always puzzle elements sneaking inside.

Maybe I like thinking up puzzles too much, and it feels good to me if a game has a start, middle and a proper end.

I have started working on different kinds of games but in the end there are always puzzle elements sneaking inside.

I love to create universal puzzle games as I have as little as possible target audience in mind. The puzzles can go up in difficulty, but younger players will also be tempted to pick up the game.

My games are pretty abstract because I often start with something visual or a certain concept, and not from a particular game mechanic.

But in addition to that abstraction I always try to get some heart and soul in the game and I hope that between the lines there is always something quirky and humorous to discover.

I sort of hinted at it at the end of Yellow that there was maybe going to be a reddish continuation, so I had to make that sequel.

In my latest mobile puzzle game Red you are trying to make the screen completely red in each level, again with each level having its own logic to get to a solution.

Well because of the success of Yellow and Red, there is going to be a continuation of that series.

I have also just completed a big update for Factory Balls with a new level set and I'm also working on something completely new, but it's too early to spoil more about it.

It's one of the games on my list of ideas that I have kept in a notebook for many years now and I'm excited to give it my full attention soon.

I think right now is the best time to create for mobile. In the abundance of endless variants on the same games where the mechanics are focussed on making the biggest possible profit, your game will stand out when you make something completely different.

People are craving to find something different, which is what I read in a lot of comments on my games. As an indie developer I have nothing but praise for Google Play and the effort it puts into promoting indie games.

Also, the current version of the Google Play store excels in suggesting games that are appreciated by other players.

See the limited knowledge or limited tools you master not as a disadvantage but as a strength to get you started.

That is why many new players come into contact with my games every day, although they have never heard about me or my games before.

I think I would be making the same games that I am making now. Only they would be made much faster and I would focus 100 per cent on putting out new stuff.

Don't focus on all the things you won't be able to create, but start making personal things with the stuff you already know.

See the limited knowledge or limited tools you master not as a disadvantage but as a strength to get you started as it is proven that having well-defined constraints drives creativity. That is how I came up with the ideas for most of my games.

Forcing yourself to use a limited number of elements for one particular game helps to keep a project rather small and to stay focused.

About that personal part of a game, don't be afraid to put yourself into it. I'm not talking about a game where you are the protagonist, but a personal message or drawing or whatever for the player somewhere in the game.

It can make such a big difference on how the player experiences your game as it creates an instant connection with the player.