From assassins to companions: Brie Code on travelling, stress and #SelfCare

“Let’s create deep, heartening connections that we all deserve” 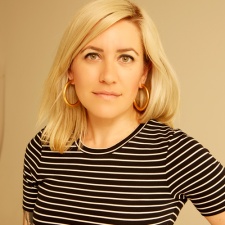 Brie Code has a fondness for travelling. It's certainly a pastime that can offer up an escape from the humdrum of professional life for some, but it tends to take her where she wants to go, one way or another.

Her original journey into games development kicked off in 2003. Versed in programming since the age of six Code elected to study a degree in computer science to be practical, despite an interest in psychology.

Met with the dot-com crash shortly after graduation, she found there weren’t many exciting jobs left and went travelling until she ran out of credit. Anxious, she returned to Vancouver and started applying for programming jobs until she got her start in the games industry programming AI for RTS games for a local games developer.

“I was desperate, and then I was very, very lucky," Code tells PocketGamer.Biz.

"The first job I was offered was at Relic, I was a big fan of their game Homeworld. I hadn’t realised that games was something I could do. I heard on my first day that I was the first programmer to ace their programming test.

“I worked on Company of Heroes. If you’ve ever played that title against the AI, you are competing against one of my colleagues and me.”

After finding continued success in her career Brie Code would soon land at Ubisoft, where she worked on three Assassin’s Creed games and was the lead AI programmer on Child of Light.

She would be inspired to travel again, however, after convincing her cousin Kristina to pick up a controller and play Bethesda’s grandiose RPG Skyrim.

“Three weeks later my phone rang and I looked down and it was Kristina’s number. We don’t phone each other. We text. I assumed something was wrong and I answered,” Code tells us.

“She was crying and she said to me ‘Lydia died.’ I thought ‘who’s Lydia?’ We don’t have a Lydia in our family.

“Lydia is a character in Skyrim.”

The conversation proved to be more than a misunderstanding and provided an inspirational spark that showed Code that non-gamers could also enjoy the sense of comfort found in games.

“She didn’t know that they could be a safe place to retreat to, to relax in, to connect with characters and to take care of those characters and yourself.”

Not one for swords or dragons, Kristina would put down Skyrim despite the hint of therapy. The sense that there was something beyond the violence was something Code shared in, however, but it was something her colleagues at Ubisoft did not.

After digging into player psychology to find out more about the different sense of enjoyment her cousin, herself and her colleagues found in Skyrim, Code found a commonality in stress.

“Some people respond to stress with a fight-or-flight response,” she tells us.

“They feel a sense of mastery and self-esteem. This is why people like video games. We present a challenge which stresses the player and then they master the challenge and feel good.”

As stress, violence and victory is something that seldom appeals to everyone, Code found that her and Kristina’s enjoyment of video games came not from flight or fight, but a lesser known and more peaceful alternative.

“Oxytocin makes a person instinctively want to take care and to connect with others. If a person with this reaction is offered only opportunities to win, as in the majority of video games, they will just be bored or perhaps frustrated.

“This reaction is more about finding mutually beneficial outcomes with others than about winning. If these players are offered opportunities to take care and to connect, they will feel great.

“They will feel a sense of mastery, self-esteem, euphoria and peace.”

Code’s discovery was something that fell on deaf ears at Ubisoft and as such, Code left to travel once more in hopes of broadening her horizons and sharing what she learnt with others.

“After 17 years in very masculine, very bro spaces, I wanted to find a community that might have more people like me,” says Code.

“I spent 2016 travelling and looking for that community. There are many more women in the games industry now, but they are generally still much younger than me. I am old. I never found that community.

“But I did meet so many great developers in emerging game development communities such as the one in Tunis, or in Casablanca, or in Cape Town and we traded tips on how to build our own games outside of established communities and reminded each other of the benefits of doing so.

“Namely that innovation happens outside of established structures.”

Code continued to refine her technique in merging game design and tend-and-befriend by working on six prototypes with six friends who found games boring.

When I share these theories and patterns with my more feminine colleagues around the world, they often tear up and have the same realisations I did when I first read about tend-and-befriend.

But as she continued her work she also found the sort of resonance in the idea that she had initially hoped for.

“When I share these theories and patterns with my more feminine colleagues around the world, they often tear up and have the same realisations I did when I first read about tend-and-befriend,” says Code.

“Most games and game design theory hasn’t been designed by or for us. But tend-and-befriend gives us a framework around which to coalesce our intuitions.”

A lot of Brie Code’s findings and learnings over her journey now makes up the ideological structure of studio Tru Luv.

But she says calling it a games or app developer wouldn’t be entirely reflective on the experiences it produces.

“Once we had the core elements of #SelfCare and started showing it to others, we kept hearing: ‘This isn’t a game,” says Code.

“If it’s not that, then what is it? It’s not a meditation app.

“In the end we decided that it’s better to invent a new category of product than to try to convince everyone that games can be different.

“'Video games' is too specific a term to cover the breadth of what is possible with interactivity. We want to invoke the feeling that my cousin Kristina felt for Lydia in Skyrim.

“So we decided to call this kind of product a companion. Now we have a clear direction that is easy to describe: #SelfCare is a companion for relaxation.”

We sit down to work and 30 minutes later notice that we’ve been scrolling through social media mindlessly instead.

Tru Luv’s latest companion #SelfCare takes the standard issue high-tempo gameplay and tones it down to something more soothing and downbeat. An experience entirely centred on staying in bed, you’re given an array of simple tasks from sorting out laundry to reading a book.

The common thread that binds them though is that the design curve is reversed as they go from awkward to pleasant instead of easy to hard.

While Code’s experience makes up the ethos of the companions design, #SelfCare’s outlook of the real world comes through Tru Luv’s co-founder Eve Thomas. A magazine editor with a dab hand at writing and art, Thomas looked at the internet and saw generations of exhausted people staring back at her.

“We sit down to work and 30 minutes later notice that we’ve been scrolling through social media mindlessly instead,” Code tells us.

“We try to download an app to relax and it has too many options and makes us feel overwhelmed and guilty too.”

While mobile phones are themselves complacent in enabling an information generation worn-down by updates and communal toxicity, Code admits its connectivity also allows it some redemption should it be used correctly.

“The world is growing increasingly connected. In the 90s it was just me and my nerdy internet friends who were addicted to IRC, but now we are all checking our phones impulsively, instinctively,” Code explains.

“Eve and I are fans of the digital detox, but we also know that detox is only setting ourselves up to fail and to feel worse.

“Our phones are here to stay and soon we’ll have voice and mixed reality too. So instead, let’s try to make apps that we don’t need to detox from.

“Let’s create deep, heartening connections that we all deserve.”