“Our studio is overflowing with knowledge, I think it would be selfish not to share it” 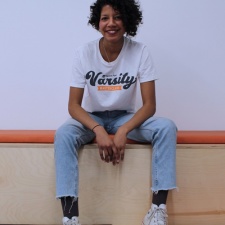 The thought that you’re not right for something can often prove to be the biggest obstacle to achieving what you truly wish to do.

Tackling that sense of self-doubt is at the heart of Space Ape’s second instalment of its Varsity: Masterclasses series, which theme is “Not Part of the Plan: Unconventional Paths into the Games Industry.”

The series of lectures are engineered to help people find their way into the industry and feature staff with unconventional routes into the industry, along with a guest appearance from Supercell.

Speaking to PocketGamer.Biz, Space Ape community manager Deborah Mensah-Bonsu explains that she was inspired to pursue the theme to debunk the notion that everyone in the industry was trained in game design or coding.

For her, people from a variety of backgrounds can bring something different to the vast field of games development.

“I wanted to challenge the lingering picture that everyone in the industry is a coder or game designer, or that you have to have set yourself on that path from the beginning to end up here,” Mensah-Bonsu explains.

“There are so many disciplines that make up our industry, and most of them benefit from experience in other areas, even outside of the games industry.

“Games are for everyone, that means the more voices we can hear and represent while making them, the more people we can reach.

“I want to let young people know not to be deterred, no matter their background or the circumstances they're coming from.

“In the future, I'd really like to go further and reach out to young people who might not see any career in their future. You can change so much just by offering a new perspective.”

The lectures themselves can be attended in-person at Space Ape’s London studio or watched online through the company’s Twitch channel, where they are archived. So far, three classes have taken place with the last to come on December 4th.

Regarding her hope for the Space Ape Varsity: Masterclasses, Mensah-Bonsu explains that plenty within the company had help in getting where they are today, so it’s only fair to try and offer similar aid to the next wave of industry hopefuls.

“Our studio is overflowing with knowledge. I think it would be selfish not to share it, especially with young people who might otherwise not have access, which is also why we live stream the lectures,” Mensah-Bonsu tells us.

“We’re in such a privileged position, not only to have careers that inspire and motivate us, but to be responsible for bringing fun and entertainment into the lives of others.

Games are for everyone, that means the more voices we can hear and represent while making them, the more people we can reach.

“It really is a dream career for a lot of people, and we all had help to get here; whether it was from a mentor who sewed confidence in us, our first boss who gave us a break, or a friend who recommended us for a position.

“It’s up to us to pave the way for those following behind us, to encourage them, and let them know it’s possible, to give them at least some of the tools to succeed.”

While the lectures can be watched and re-watched online, there are also benefits to making the trip to London if you can. Attendees will get a peek into what studio is like and can stay for an extra question and answer round after the seminar.

According to Mensah-Bonsu, hosting the talks on home turf also allows Space Ape to keep the initiative going.

“For one, we wanted to lower the bandwidth for the team involved in the talks,” she says.

“They require the speakers, IT, production, quite a bit of travel; if we went onsite for all of them we likely wouldn’t be able to sustain the series over the long term.

“By bringing the initiative in-house, we’re ensuring it doesn’t become a one-off.

“Secondly, it’s one thing to hear about a career you’re interested in, another to be in the environment where it all takes place.

“We wanted to open our doors to give students a sneak-peek into the setting they might find themselves in one day. So far the feedback has been really positive, with some students returning week-on-week.

“We’ve had requests for portfolio reviews and more workshops, so that’s something we’re looking into now.

“For the final class, we’re opening our main event space, and encouraging any young people interested in getting a glimpse into a games studio to come along.”

If you’d like to attend, you can register here.

Space Ape senior UI designer Lissa Capeleto will also be at the conference and will be giving a talk on the pain and pleasure of F2P UI Design.