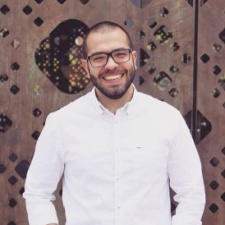 As well as holding the role of CEO and being responsible for tasks such as recruitment and business and financial planning, Castaño also acts as a game producer and designer for the studio.

Our goal is to create video games equal to those that inspired us when we were children: games that engage the imagination and awaken the knight, magician, dragon fighter and conqueror of the world that is hidden within us.

Up until now we have developed several games, some for clients and some as our own IPs. One of them, Warrior Rush, is our most successful game for mobile. Warrior Rush was featured in the App Store as one of the best games of Latin America, receiving great feedback from the community and an average score of 4.7 on the Google Play Store.

In 2016, Amazing Soul Games Studio was chosen and invested in by Game Founders, one of the biggest video game development incubators of the world, to be part of their programme in Kuala Lumpur, Malaysia. Game Founders is a big family where we still help each other and we feel proud to be part of it.

Right now, we are working on our most ambitious project to date. Yardin: Rise of the Scavengers is a 2D platform fighting game for PC and Nintendo Switch.

We made an easy to play hard to master game centred on multiplayer components, where you control a character who is trying to survive in a post-apocalyptic universe by gathering resources and fighting for them against other players.

I am one of the Co-founders of Amazing Soul Games Studios and since the start of the company I’ve been the CEO, producer and game designer. Among my responsibilities are:

I have been a huge fan of video games since my first console, an old NES, 26 years ago. I grew up playing video games and dreaming about creating my own games.

I love to tell stories, to create worlds and invite other people to live in them, it's fascinating when you see the look of joy in a person who is somehow enjoying a product developed by you. For me, it's what pushes me forward into creating better games and stories every time.

My advice is less romantic than my story. I had the opportunity to be a university professor for a couple of years. Most of the time you hear young people thinking about creating games for the sole purpose of entertaining others, which is totally fine, but at the same time they seldom think about the business behind it.

The games industry is a business, it might look very romantic to make games for others, but you can never forget you have to make money if you're seriously trying to making a living from it.

So rather than just starting from the idea of making great games, think about creating great business ideas based on games and then you can keep delivering great products by being successful all your life.

The games industry doesn't fail to deliver. I found it very exciting the boom that the Nintendo Switch has had this year.

It's amazing to see a lot of developers running to get their game on the Nintendo platform, I really didn't see that one coming. It's also impressive how the mobile market does not stop growing and every time a game hits a high record in the market, there comes another one to beat it.

I think virtual reality will keep growing at a slow pace, but I would bet my chips on blockchain. It's got huge potential and I think it's just going to bet bigger and bigger and change again how games are played around the world.

I started with a NES and everything has turned crazy since those times. Seeing the whole transformation from 8-bit to triple-A gaming nowadays has been really exciting.

The part I find more interesting is how the business model has changed in the years: first, we had a premium retail-based model, then it turned into a digital market and by the end it turned into a freemium-based economy.

The complexity of freemium models doesn't cease to amaze me. Will blockchain be next?

I'm really looking forward to the Pitch & Match. It's great to meet new people and new business opportunities. Networking is my favourite part of the job and meeting again with old friends is always a plus.