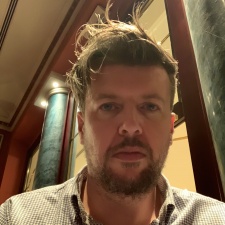 The indie games market can be brutal. With stiff competition surrounding every genre, survival itself can be difficult - never mind trying to achieve high acclaim and awards.

UK studio Nitrome has seen some hard times since its inception back in 2004, though over time the developer has taken these lessons and applied them to its strategy going forward.

Hot off the heels of Nitrome’s newest release - platformer Spicy Piggy - we took the opportunity to speak with Nitrome founder and CEO Matthew Annal as part of our Indie Spotlight series about the company’s 14-year history along with his thoughts on the current mobile and market and where it may lead to in the future.

Matthew Annal: I started my career making websites which fortunately were often for big brands and that - in the heyday of Flash - often meant making advergames. After a few years doing that, a bigger commission came personally my way and I started Nitrome as a company to do it.

Over the next few months I quickly discovered that I’m not much of a salesman and so as that work dried up, we turned to making our own stuff ironically as a last resort.

Originally the idea was to bulk our portfolio to attract more client work but thankfully that ended up becoming a viable route to survive.

After a year or so making our own games, the advergame offers did actually start pouring in by which point we had no real interest to go back to that having tasted the creative freedom making our own titles offered.

I’m not sure there is a typical day. When you’re a small indie studio you pretty much have to turn your hand to anything. Any given day could be art, level design, playtesting, brainstorming, planning or negotiating something for the business.

By far the hardest point was as Nitrome transitioned from the web games it used to make into the mobile market. Things moved fast and we came very close to going bankrupt.

I had to let some very talented people go during that period, people who in a small studio you can’t help but consider friends. It was a horrible couple of years that made me feel a way I never want to feel again. Coming back from that point was for me a bigger achievement than starting the studio in the first place.

I think it changes over time. You are never really satisfied you’re doing well enough because it always feels so fragile as an indie that it might all fall away.

The industry moves at such speed that often success is just surviving.

The industry moves at such speed that often success is just surviving. If you do get to the point that you can stop worrying about this, you’re always looking for the next comfortable milestone that makes you feel like you’re not going backwards.

Getting older and starting a family further redefined my idea of success. Surviving might be okay when you can thrive on your creative freedom but when others are affected by what you earn it gets harder for surviving to be good enough.

I think all indies secretly dream of having some kind of breakout mega success. We have been fed stories forever of them happening to others so it’s hard for that not to at least be in the back of our minds as the ultimate end goal.

I think it is challenging. Over the last couple of years I’d say Apple and Google Play featuring has become a far less reliable route to a viable return. Apple has and still does a fantastic job of curating worthwhile games that people should check out each week.

The number of downloads a feature will get you however has dropped significantly and you now need to do a lot more within your game to counter that.

I don’t think it is that viable to make a return on a hyper-casual game anymore without having better retention and conversion mechanics in place or without teaming with one of the big publishers in that space who can get the downloads required.

I was sceptical as to the interest in such a hardcore, typically more console or PC approach working on mobile, but I’m happy to say that it has been embraced with open arms.

Our most recent game is called Spicy Piggy. It’s actually not made internally by the Nitrome team but a game we published. The game was made by the very talented team at Gypopothomas.

Despite publishing several games in the interim Spicy Piggy is actually the second game we ever signed to publish. Over that time, it has been polished within an inch of its life and almost everything has been changed at some point.

Like many of our published titles, Nitrome tries to get hands-on if we think we can help. One of the game's backgrounds was drawn by myself, while a few other touches were added by members of the Nitrome team.

In other ways, we are quite hands-off trying not to impact the vision of the developer. Often, we try to help balance games we publish to find a wider audience and to make the most of the monetisation options available

I have to admit that I was sceptical as to the interest in such a hardcore, typically more console or PC approach working on mobile, but I’m happy to say that it has been embraced with open arms on launch by that very community.

Last year we successfully launched our first console title with Bomb Chicken on Switch. This year we are working on more titles targeting a console release alongside some more in-depth titles for mobile. It’s a healthy mix of both premium and freemium content.

I’m not sure we have ever not made a game idea due to budget. Eventually, we tend to find a way to justify it. Having said that if anyone wants to give us an unlimited budget to make something then I am happy to try to address this challenge

Try to resist copying what you think is popular. What is popular now will be completely saturated by the time you get your game out there. Try instead to focus on something new or something you can identify that hasn’t been tried for a while.

Being the top of something without competition is probably an easier route to having some success than likely getting kicked to the side by bigger players.