“Safety, fun, or profit: pick one” 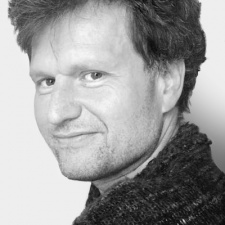 Experience in any industry is vital. Learning from one’s mistakes can set a company up for success in the long-term. That’s why possessing over a decade of experience in the games industry is not something that should be taken lightly.

As part of our Indie Spotlight series, we spoke with co-founder and industry veteran Alexis Kennedy about his early roots and what the future holds for Weather Factory.

PocketGamer.Biz How did you get started as an indie games developer?

It worked out, but I didn't get paid for a year and we nearly went bust twice. I don't recommend it.

Check into Slack, tell people what I'm doing today, check what they're doing and where they are with the previous day's tasks.

We were prepared to trust our players to pay attention and be challenged, and that worked out.

We're a remote team so we're very disciplined about production. Then I'll be doing a combination of design, writing and managing other folks' tasks. Lots of task-switching, lots of variety. The variety is the most challenging but the most stimulating bit.

Attention. Getting it and keeping it, while trying to communicate what our weird distinctive games actually are. We have a following now, which makes that a bit easier but it's always been hard to convey what our games are in a genre or a sentence.

Making a decent living while doing the kind of work we enjoy doing. I like money but we made a clear decision early on to prioritise fun over profit.

We live on the crumbs from the bigger folks' tables, especially those of us who are premium rather than free-to-play.

The good news is, there's a lot of crumbs. If your ambitions are modest and your budgets are limited and you release multiple games, that can be enough because we can chase parts of the market that aren't worth it for bigger studios.

However, I'm not going to pretend it's easy.

Could you tell us about Cultist Simulator?

It's a narrative game about being a student of the occult, gradually working out what lies under the secret skin of the world. There's no tutorial: figuring out the game is the point. This was really controversial, and it splits the game hard into people who love it and people who hate it.

This worked well on PC but we were nervous about how it would be received on mobile because so many mobile titles are very careful to provide a really smooth on-ramp, so players stay with the game.

So, the point of Cultist is that you're given a brightly coloured jigsaw of interesting pieces. As you piece it together things start to click and then you get a series of 'aha!' moments about both the mechanics and the setting.

Safety, fun, or profit: pick one. You might get the other two as well, but know what's most important to you.

A lot of people tell us they dream about the game and occasionally if you assemble the jigsaw in the wrong order it kills your character… but then you can start over as another character whose story follows on from the last one. You can even see your previous character referenced in the content.

Cultist has quite a sharp difficulty curve and is a menacing sort of game. The last two games I made have also been quite grim so when I was finishing up the new game content, which is difficult to the point of being quite unfair, I tweeted idly about an idea for an extremely relaxed Cultist Simulator.

Something like a game where you're a librarian - books arrive in your occult library and you just examine, catalogue, arrange and provide them to visitors. Consequently, the tweet blew up. I said if I got more than 1,000 retweets I'd look at making the game, and we cruised past a thousand.

So, our next project is probably that: a calm, spooky, melancholy game where you play an occult librarian, set in the same world as Cultist Simulator but with a much gentler difficulty curve.

The kind of game you can play on a winter night wrapped in a blanket beside a fire while the wind moans in the walls and the rain rattles on the roof.

An unlimited budget is a terrifying idea to me. I like making intimate, distinctive, text-centric narrative games and I wouldn't know what to do with all that money.

So something really like the games we're making now, but the team would be paid very well and the UI would be buttery-smooth.

Safety, fun, or profit: pick one. You might get the other two as well, but know what's most important to you.