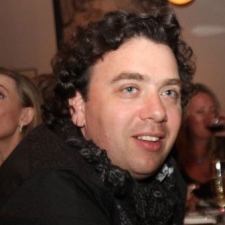 Pocket Gamer Connects Helsinki 2019 will take place on October 1st to 2nd. To give you a taste of what to expect, we'll regularly be publishing interviews with the speakers at the show.

In today’s speaker spotlight, we caught up with Gametapas developer Juan Gril ahead of his "Gameplay depth in hyper-casual games" session.

For the past two decades, Gril has been involved in the design and production of mass-market games. In the late 90s, Juan was one of the original members Yahoo! Games (the first and most popular gaming website in the early years of the Internet).

From Yahoo! he went to found Joju Games. It was a successful casual games studio which in the span of 12 years developed more than 50 games for PC, console and mobile platforms, for big media companies and game publishers. Currently, Juan heads up Gametapas, an instant games development studio.

Juan is Advisor for the Mobile Games Summit at GDC and a judge for the Sense of Wonder Night Game Festival at Tokyo Game Show.

Juan Gril: Our slogan for Gametapas is "small game bites". We are fond of small games where the setting is a quick and fun form of entertainment, that is highly engaging, and is memorable.

I am a designer and developer at the studio. I used to own a casual games development studio, where we peaked at 40 people. After I closed down that studio in 2017, I started thinking if I wanted to have a new studio, what shape would it be?

Gametapas is a reflection of my thought process in these past two years. We are three developers and me. Our art and sounds are outsourced, and we focus on quick iteration and gameplay polish.

We work in a combination of our series of games (the Gametapas series), and games we develop in partnership with some of the best publishers in the industry.

I was six years old, and my father took me to see a friend of his who just purchased an Atari 2600. I sat down, played Combat for five minutes, turned around and I told my dad "I want to figure out how to make something like this". That's when I became a game developer.

Be ready to create a lot of bad games, and make them as soon as possible, so you'll get to the good one sooner.

The audience for top grossing games is skewing younger people than in previous years.

I predict that there will be fewer releases of F2P titles and that those F2P titles will get bigger and with a lot more features. Every one of those games will become an ecosystem of games and social features.

Also, I predict I will be wrong about what I just said.

Catching up with other developer friends.