Rollic co-founder and managing director Burak Vardal tells the story behind the huge scale his company achieved in less then a year, and Rollic's plans for 2020 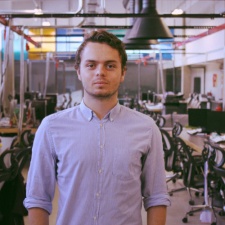 You may only have recently heard of Rollic with its games rocking the charts in 2019 - not surprising, since the hypercasual publisher has only been operating for just over a year.

But the publisher has big plans for 2020, including releasing its own SDK to the developers it works with to help make the process of creating hypercasual games smoother and more efficient.

We spoke with Rollic managing director Burak Vardal about the story behind the company's success in 2019, its investment in tech in 2020, and why now is the time for its own SDK to be released.

PocketGamer.biz: How did you get your start in the games industry?

Burak Vardal: My story began when I entered an ad-tech company for an internship at the last year of college. With an offer from AdColony (formerly Opera), I was first introduced to mobile in-game advertising technologies. I later took on the management of EMEA regions and followed the industry from there.

How did Rollic start, and what was your initial goal as a company?

We started Rollic on December 2018 with an investment, as three partners who focused on business, UA-monetization and gaming/tech. The aim on the first day, and even now, was to create the "next big thing" in the gaming industry.

There is a myth that creating a hypercasual game is easy.

What was the hypercasual games industry like in Turkey when Rollic started?

There are a lot of talented developers in Turkey. On the hypercasual side, we realized that the studios in Turkey had a poor track record, and they were trying to publish their games with the global publishers. This was inefficient in terms of the level of coaching they received as well as the income.

In 8 months, Rollic managed to publish successful games with 11 different studios from Turkey. This also helped Turkey to get onto the radar of global publishers.

Why do you think hypercasual games have proven so popular with mobile gamers?

At the beginning of a user's gaming journey, there are hypercasual games. As these present an easy-to-understand gaming experience, they have managed to gain mass appeal and transcend different audiences. The easy mechanics help build habits for players and the graphics give instant satisfaction to the users. Also, the world is always getting faster. This leads users to consume content even faster.

Hypercasual follows this and presents daily 10-12 minute fulfilling periods of time to the gamers. As onboarding gets easier, instead of turning on a bigger device like a console or PC, users can get in to the action in the fastest way possible.

There is a myth that creating a hypercasual game is easy. If you manage to create the mechanics that audiences of different ages, genders, and cultures can play instantaneously, this means you are also bringing in players that are new to mobile gaming.

What do you feel makes Rollic stand out from other hypercasual publishers?

Rollic values coaching. Rollic stands out from other publishers by moving together and closely with their studio and developer partners. We create our games; from ideation to scaling, with our partners, brainstorming together, and discussing different ideas.

Though Rollic has 11 games released, except for the Growth Team, 80% of the workload is game design coaching. This includes ideation, progression, art, and monetization. The main aim of this system is working in the most effective way with the partners and helping them produce faster and more efficiently.

Actually, this might be the secret to the success Rollic had in only 8 months. We even took it to another level with our co-work space Rollic Hub hosting 7 studio partners at our Istanbul HQ.

Hypercasual is still an efficient genre in terms of profitability.

What games have you released so far, and are you happy with how they’ve performed?

The most important factor for Rollic is that the games are always scalable. Our games Pixel Shot 3D, Picker 3D, Water Shooty, Overloaded! and Flipper Dunk (from last month) hit first place on the US app stores and more than 40 other countries' top charts - and introduced us globally.

There is also Onnect and Zero 21 which are closer to the casual genre and scale slowly. While requiring different monetization and game design processes, these act as the engine of the ship.

The original mechanics of Water Shooty, or the hidden sense in Flipper Dunk that remind us of the 70s arcade games, are the small things that make us smile and help us believe that Rollic is growing into a better game company everyday.

Why did you decide to develop your own SDK, Elephant?

We'd like to keep our data on our own platform as it is big enough to keep on other platforms. That's why building our own SDK and its integration to our systems is the first step of using data to enlighten the next steps of production in the near future.

Not only in terms of intelligence, Elephant will also help us solve the speed and correct data flow issues we face during A/B testing on other platforms.

What can Elephant offer hypercasual developers that other SDKs can’t?

Elephant is an internal tool for Rollic partners. Our developer partners will be able to find everything on a single platform, such as detailed in-game metrics, A/B Tests, test results, user basis behaviour data, revenue, and many more insights that help fast and on-target game production.

On the other hand, developers will be able to upload one wrapper for all monetization packs, saving time from development. We'll create a new publisher-developer relationship in terms of speed and data.

What are your hopes for the Elephant SDK over the next year?

The first step is detailed visualization. As Rollic, we'd like to analyze and understand the user behavior in a faster manner. The second milestone is a monetization system that analyses user behavior. The final step is through AI, creating automated game design feedback to the studios and providing automated monetization optimization at the scaling process.

Rollic achieved its goals in 2019 with the team of 20. In 2020, the goal is reaching a bigger scale with the help of the automated systems while keeping the team size stable. Elephant is the first big step to the future.

How do you think the hypercasual market is going to change in 2020?

Increased competition helps spreading the know-how, but producing a hypercasual game is not as easy as imagined yet. If we can still see CPI rates of $0.06-$0.07 on the test results, then I believe that the growth of hypercasual games will continue. As this applies to user tendencies too, hypercasual is still an efficient genre in terms of profitability.

Though with the increased UA and monetization demand, building the right strategy and scaling with profit is more dependent on publisher know-how and talent. The ones who can combine game design and monetization strategies will be the winners.