"If your project is successful it bestows some power on you" 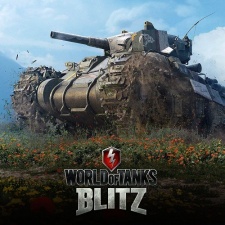 In this entry of our Live and Kicking series, we spoke with Wargaming product director Andrey Ryabovol surrounding the six-year anniversary of World of Tanks Blitz.

PocketGamer.biz: With World of Tanks Blitz now more than six years old, how do you reflect on its performance as a series - from launch to the title it is now?

Andrey Ryabovol: World of Tanks Blitz is now a seminal title within the entire mobile game industry, but when it launched back in June 2014, 3D shooters were just picking up on mobile platforms. Year after year, Blitz has improved both its player count and its earnings - which I must say has been awesome.

Our game is sort of a 'dinosaur' of the mobile industry – in a good sense; a surviving one. And it has not only survived but has evolved: the history of mobile 3D shooters is imprinted in Blitz. And it's elevating to work on a game knowing it has many years ahead, so you may plan really awesome, large-scale stuff.

We have around 200 people working on the game, its engine, its operation and marketing

From a player's point of view, it's great to be a newcomer to a game that is six years old, has had its gameplay refined and edges smoothed out and offers a ton of content produced over those years.

We have around 200 people working on the game, its engine, its operation and marketing. This number does not include part of the support team and the folks from Wargaming's internal creative agency who create assets to boost our marketing campaigns.

All in all, there are between about 100 to 150 people helping us with the game at any one time.

I must say our experience here is quite unique as few mobile games endure even five years of operation (and even fewer if we take the scale into consideration).

Over the years we have adjusted to delivering regular content updates. The game operation, its development and refinements are all built around these updates. Therefore, it is crucial to understand what you want to deliver and/or change, and player feedback is the key here.

In the game's old days, weird stuff used to happen that we needed to find fixes for. Say you bought a new tank, and it came with no shells, you'd have had to go and get them by yourself. You also had to tap a lot to install equipment and provisions (consumables).

In modern Blitz, you receive all that stuff together with the vehicle; you aren't likely to even notice it because it comes naturally, it's convenient, intuitive, obvious. But the implementation of this 'out-of-the-box' solution was based on player feedback, both explicit and implicit.

What steps have you taken to ensure that World of Tanks Blitz maintains a sizable and active player base all this time after its launch?

The most important thing is to understand what is the main value of your game: what makes it cool, unique, a hit. This 'magical core' is to be safeguarded, loved, cherished, and polished – very gently, bit by bit. Our game evokes feelings within our players that no other game does, with a genuinely unique gameplay experience – sort of our crown jewel.

And around that gameplay, there's a big part of the game where you can get experimental; you shouldn't be afraid of introducing some big changes there. Just don't break the core and that's the key. You must be bold when you develop new stuff but always keep the main value in mind.

To what do you attribute World of Tanks Blitz consistently impressive grossing performance, and how do you sustain it?

One of the contributing factors here is the general growth of the mobile market: we expand alongside it. Sure, we do our best to hone our monetisation system and introduce new tools but we aren't going too crazy about that – we apply most of our effort to the gameplay.

The recent Battle Pass feature performed well because if you get people interested in playing, they will gladly spend some of their money to get stuff that you can offer.

All Wargaming employees are working remotely now. Our processes and infrastructure were built to allow that. Also, the IT department promptly acted to provide secure access and good connection for everyone and saw that the company servers were able to deal with increased load.

As far as the development is concerned, we've finalised the update schedule. We intentionally decreased the scope a bit, but everything else is coming out as planned.

What would you consider World of Tanks Blitz biggest achievement in its six-year lifespan?

Still the greatest achievement – one above the longevity and the complexity – is succeeding with a 3D title about tanks on mobile. Armoured vehicles are slow and cumbersome, implementing comfortable controls isn't easy, etcetera.

Of course, we had a successful 'big brother' (World of Tanks PC) but mobile was a whole different world, with no guarantee of that success being replicated. So, we had to change a lot besides the controls: cut down team and map size, exclude an entire vehicle class (the artillery), and introduce plenty of other changes.

It was bold to reinvent so much for mobile but the audience reaction (and also the time) has proven us right. We continue on that path. Also, we're proud that we've managed to become a part of our players' lives. Some have been with us during all these six years, and that makes our time together pretty special.

Over the last two years, we have had a solid increase in the concurrent player count – due to improved server tech allowing us to let more people in and (probably) more people growing accustomed to playing in peak hours. The PPCU (peak concurrent users) went over 200,000.

Also, the daily average users now exceed 1.5 million, there are over 137 million lifetime downloads, with more than 2.6 million of these in the UK.

What lessons have you learned/are you still learning from World of Tanks Blitz? Is there anything about the game that, in hindsight, you'd now handle differently?

We've learned a lot; the main lesson, in my opinion, is the importance of listening to your players and hearing them out. Sometimes you are very keen on bringing in some feature, but the community is firmly opposed to it. In this situation, you should probably switch onto some other innovation (also cool, bold, etcetera.), because proceeding here often means exercising your power to sate your personal ambition.

If your project is successful it bestows some power on you, but at the same time, it means you've gained a loyal audience and the game is now part yours and part theirs. You must accept this whole-heartedly. It's very important 'mentality' stuff, and it takes time for it to grow.

If I could go back in time, I would spend an extra month working out some extra fundamental architectural solutions. In particular, I would like the game to have a single server cluster instead of four regional ones.

There are players who would like more challenge but can't get that on their home cluster, so they sometimes start a new account in another region to battle the people from places where the competition is more intense. It would be nice if they could do that with a single account accessing the global cluster. Also, they would be able to create a clan with players coming from Europe, the CIS, America, and Asia.

It's not some impossible dream, we discussed this as an option, but at the time the four-cluster concept prevailed due to a number of reasons. Yet, honestly, I don't know whether the single-cluster format would have had a positive or negative net effect.

Finally, how has your experience with World of Tanks Blitz informed where you are/what you're working on now?

I would say we're in a very good market position as of now. We have carved ourselves out a niche, and this allows us to avoid competing directly against other big titles as they get released.

When one appears in stores, it impacts us both ways: some of the players leave to try the new game, but every major release produces new players well-versed in mobile 3D actions who later come over to try Blitz, being prepared for carnage.

I can't spill the beans on detailed plans of ours but generally speaking we'll maintain our course: polish our 'magical core' further while experimenting and expanding to new platforms.