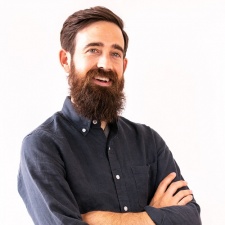 Andrew Muesse is the head of product at Wargaming Mobile's Berlin studio.

Over the last few months, Wargaming has been making a lot of moves.

For one the company opened a new business unit that will focus on finding “true hits” designed for the mobile platform, with the former head of global marketing and PR Mike Belton taking up the reigns as head of the studio.

Numerous key partnerships have also been announced, including a hook up with Epic Games, which will see Unreal Engine 4 used for future titles.

The firm has also been deep in development on several new projects.

For the meantime however, 2019 seems to have been a steady year for the World of Tanks outfit, rolling out updates, running more live ops, and preparing for the next phase of expansion.

During a hectic Gamescom, PocketGamer.biz met with Wargaming Mobile head of products Andrew Muesse to discuss plans for the new business unit, what future titles could we see on the horizon and what been key to keeping the World of Tanks series alive for nearly a decade.

“We have three games that have been in development for quite some time now and we’re trying to soft launch all three this year,” says Muesse.

“Our existing products such as World of Tanks Blitz have hit new records almost every year.

"In 2018 we hit a new daily active user and revenue record. In 2019 we have already bettered that, so from a games standpoint you don’t see many mobile games that are five years in and hitting these sorts of records”

Wargaming afterwards confirmed World of Tanks Blitz recorded a DAU of 1.5 million players globally as well a seven to eight per cent increase in revenue year-on-year for 2019 so far.

A lot of this revenue has been investment back into the company, with the previously mentioned new business unit being based across several locations, from its headquarters in Cyprus to its Helsinki residency in Finland to its Germany setup in Berlin.

“Our business units normally form when a specific group of people are doing a specific thing that is very focused,” says Muesse.

“Mike Belton decided to change a little bit of the strategy and focus. He started his own organisation that is based in Minsk, Belarus but he has people that are in Berlin, San Francisco and all over.

“A lot of the Wargaming Mobile team has joined him in that focus as well. Even though it’s a separate business division, we still share knowledge and information. It’s just there focused on a specific type of the market that we are maybe not."

Before this, Wargaming last opened a subdivision in Guilford, UK with further expansion never seeming that far away.

“I’m surprised sometimes when we see what is happening in the company with another office or another game. Even in the Berlin office – where I’m based – we’re already looking for a new office space. We just opened the office two years ago and we’re already onto out third, so we’re continuing to grow and add people. I think that’s true for most of the company.”

The focus of the newest unit – Nexus – is to try and find cultural phenomenons that can take the world by storm, with the product head believes is something is both difficult and risky.

“I know what Nexus is focused on is finding something that is distinct and different in the market,” says Muesse.

"But I’d also say it’s not them alone. We as an organisation have a new game, we are working on that’s not announced yet, which we believe has cultural phenomenon status. So, it’s not just about them as a specific entity within Wargaming, it’s in Wargaming’s DNA to make games that try and change the market."

Of all of these locations, the Minsk studio - where World of Tanks was born - has shown the most growth throughout the years but Berlin and Guilford also received mentions for their recent rise. Satellite studios are another avenue which have been relied upon to not only help create growth but acquire new partners.

“We have studios in Copenhagen, Los Angeles, and a first-party one we work with in Helsinki,” says Muesse.

“A lot of our growth happens from acquiring a team within or finding a partner that fits us. It’s not just about growth in an office but growth through new development teams that are right for us.”

We have one new game that is completely outside of the Wargaming universe I’m really excited about, and another which fits within the tank world but has a very unique twist.

Though expansion for a business is usually seen as a positive, there is always the concern with units running amuck by themselves. Toxicity in the workplace is one of the most talked about subjects, not only in the games industry but in general careers these days. How does Wargaming address this?

It’s a really hard thing as every office has their own culture,” says Muesse.

“I always believe that if you have toxic people, you just have to get them out of your company. As basic as that is, you need an environment that is excited, happy and loves what they do. If someone isn’t a fit then as an employer you need to recognise that and know that this person should move on and find other opportunities. Toxicity breeds toxicity.”

This is the sort of sentiment that must be carried through if the company looks to replicate the success it has garnered with World of Tanks. But we wanted to know exactly are the key elements that have helped the game thrive.

“From the mobile perspective, we continue to invest in the brand,” says Muesse.

“We never gave up on it. Some companies over time believe its game is old so let’s move onto another thing but for Wargaming, tanks are still our life.”

Otherwise changing the user experience has been a big focus for the team over the last year. Not only reengaging those lapsed players but bringing in new ones.

“We run more live operations, more events, more thing to excite the player base because a five-year-old game can get repetitive if it is the same old thing,” adds Muesse.

“Games like Fortnite are already doing a great job of this because they’re doing seasons, changing the landscape and the map and we do the same thing on our products. We really want to make it so when a player comes in after five years, they still get excited.”

The brand of World of Tanks is what the company has built itself on can that last forever? Is it the time to experiment with IP and bring something completely new to the table.

“On mobile, we have one new game that is completely outside of the Wargaming universe that I’m really excited about,” says Muesse.

“It’s been developed up in Copenhagen. It’s a completely new IP and genre for us.

“We then have this game we’re developing in Los Angeles which fits within the tank world too but has a very unique twist for the audience. That one comes out in a couple of months.”

Musse adds: “It’s an RPG squad battler. If you look at the market Summoners Wars, Marvel Strike Force and Star Wars: Galaxy Heroes have dominated the squad-based RPG market. We said hey that’s a really cool genre but there hasn’t been a lot of evolution in the core gameplay.”

Previously we spoke to Wargaming Mobile head of design Greg Hanefeld as part of our Jobs in Games series. Wargaming will also be one of the many speakers due to appear at this year's Pocket Gamer Connects event held in Helsinki from October 1st to 2nd, 2019