Wargaming Nexus wants to find the next Fortnite on mobile

"For the near future, we plan to keep joining forces with external studios that are well-versed in Unreal Engine and willing to shoot for the stars alongside us" 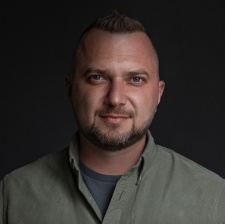 World of Tanks developer Wargaming recently opened a new business unit that will be responsible for discovering “true hits” on mobile while collaborating with skilled development teams.

The company has specific units designed for different platforms, such as Wargaming Mobile which has launched the likes of World of Tanks Blitz, World of Warships Blitz and Gods and Glory.

Previously, the firm studied Unreal Engine 4, working with Epic Games in a strategic partnership, with the agreement now allowing mobile products to be created through the use of the technology.

Wargaming Nexus will now look to bring new IP to the market by experimenting heavily with approaches and mechanics made possible by Unreal Engine 4. As the studio looks to expand, the firm is determined to create genuine mobile hits.

To find out more details we spoke to Wargaming Nexus head Mike Belton about the company's mobile strategy.

PocketGamer.Biz: What makes a mobile game a “hit” for Wargaming Nexus?

Mike Belton: To us, a hit is more than just a profitable product. It’s a game that has generated a whole culture of its own, a mesmerising realm that draws the player in and eventually keeps a loyal player base for years and years.

So, we’re building our new products with the audience in mind. It’s not a generic player profile that we’re analysing (age, gender, income, education, to name a few), we go further, trying to grasp the potential players’ lifestyle, interests and pleasures. And from this knowledge, we come up with new values that can appeal to them.

The essence of Wargaming’s strategy lies in attempting to 'storm the fortress' from various sides instead of relying on a certain product or approach.

It’s obvious that the mobile market is gaining momentum - already overtaking both PC and console as the largest games market on the planet. It goes without saying that Wargaming wants to increase its share, even though we are far from being acknowledged as the segment’s leaders.

The essence of Wargaming’s strategy lies in attempting to “storm the fortress” from various sides instead of relying on a certain product or approach.

The company intends to do this by experimenting with all sorts of things, from mechanics to audiences, technology, approaches, cultures inside teams, etcetera. All this will be done in a fast-paced manner: quick prototyping and testing at each development stage - including internal and external focus group tests.

Wargaming Nexus is a part of this strategy, where our emphasis on technology, collaboration with talented external studios and embracing new approaches and processes comes in handy.

Has this strategy changed from before? If so, how?

Our mobile strategy has been driven by different people at different stages. Inevitably, these people came up with and implemented their own vision and approaches.

And it was for the best, as the result of all these experiments lead to three major titles successfully entering the market: World of Tanks Blitz, World of Warships Blitz and Gods and Glory, with each success showing no signs of slowing down.

So for now, it’s more about results than adhering to a single ironclad strategy. As for both Blitz titles, we took advantage of our big IPs with mechanics that were proven in both the PC and console markets.

The risk was worth taking as these mobile “incarnations” showed decent results. The Blitz titles have bolstered their niches in the vehicular shooter genre, while Gods and Glory is doing well in the 4X strategy segment in a number of markets.

That being said, we are quite conscious of the urge to experiment with new genres and create new IPs - while leveraging the existing ones - if we want to move forward.

At Wargaming Nexus, we are absolutely sure on the niche in the shooter genre we want to conquer and we will keep experimenting specifically in order to do so. As you may know, the shooter segment has a relatively small share in the mobile market.

The reasons for that could be: first, control-related problems apparent in other products, and secondly, a far from perfect monetisation system implemented in games of this genre. These are the hypotheses we are working on at the moment.

As for Fortnite, PUBG and other benchmark mobile shooters that are also built on Unreal Engine 4, there is no use denying it: we are set to not merely replicate their success but even outperform them. Especially given that they entered the same blue ocean niche through mechanic experimentation, just like us.

As for Fortnite, PUBG and other benchmark mobile shooters that are also built on Unreal Engine 4, there is no use denying it: we are set to not merely replicate their success but even outperform them.

However, I can’t say that Fortnite has triggered any of the decisions we’ve made. It’s more other platforms’ performance that we forecast the mobile potential off.

What is a triple-A mobile experience to Wargaming?

Triple-A means a combination of fun gameplay mechanics (the most important element), state-of-the-art graphics (the sort players have come to expect from the Unreal Engine) and, of course, a high-level of service.

To my mind, a triple-A mobile product can generate a full-fledged culture, especially when developers decide to underlie the game with certain cultural layers from the outset. What I mean by this is, that after spending four or five minutes in the game, a player immerses themselves in the experience and setting, drawing comparisons to the real world.

These comparisons spark the urge to continue through the game. In other words, a triple-A title should trigger a strong reaction in the player that is relatable to them in real life.

What are the unit’s plans for the future?

First and foremost, we need to bolster our team. The staffing process started long before Wargaming Nexus was announced. So now, we have all the unit’s key roles covered by top-class specialists. Yet we need to complete the staffing of our main functions - technical, publishing and marketing - to build a comprehensive infrastructure to launch our products.

Speaking of products: we plan to launch them in two waves. Though not fully in line with our strategy to create Unreal Engine-based hits, the first will consist of “fast-to-market” - as we dub them - products for midcore and/or hardcore audiences covering various genres. Offering great potential, these games can be easily brought to the market.

We will utilise such products to verify our approaches and mechanics to be implemented in the “second-wave” titles that come after. These titles will adhere to our strategy: they’ll be highly experimental, created using Unreal Engine, built for an audience, and generate memorable experiences.

As for the announcement of new games, which our pipeline is sort of brimming with, it’s around the corner.

However, we’re not going to announce them before we are sure that they’ve been thoroughly tested and will undoubtedly take the intended players’ fancy.

Also, for the near future, we plan to keep joining forces with external studios that are well-versed in Unreal Engine and willing to shoot for the stars alongside us. So, if you’re from a similar studio and you’ve got ideas to create smashing products with innovative mechanics, we want to hear from you.

When should we expect any news regarding the division’s first game?

We don’t have a goal to publish a certain amount of games each year. Wargaming Nexus is about quality, not quantity. That’s why we are planning not just to create games but also to bring them to the market.

Before they’re released we want to verify numerous hypotheses, run tests on focus groups - both internally and outside the company - and proceed with a test market release.

The tests will provide us with valuable metrics and allow us to forecast whether the product will be successful and if it will appeal to the target audience. If the overall response is negative, it’s easier to kill the product and start work on another one.

What can be said now, is that we’ve already worked on six prototypes that are in the test stage. However, it’s too early to predict how many of them be released.