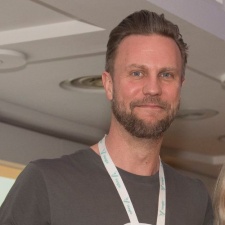 Today, we're speaking to Jon Jarnsäter, who pitched Save The Zacks at The Very Big Indie Pitch (Mobile Edition) at Pocket Gamer Connects London 2020 in January, and walked away with the prize for second place.

Jon Jarnsäter: I'm Jon Jarnsäter, software architect by day and indie game developer by night. The "team" is basically just me, but I do get the occasional help from my sister Jill and my buddy Andy. I started doing game development as soon as I got my first computer (I believe it was a Sinclair ZX81) when I was around 10 years old. There wasn't any way to load other stuff into that machine but writing it yourself, so that's how it all started.

I continued as a kid doing game dev on Commodore 64, and I remember me and my friends did a game that involved killing our math teacher in various ways. Fast forward to grown-up-life, I pursued a career in software development and have been doing that ever since. When the iPhone was released, I got interested in bringing up game dev again, but Save the Zacks is the first game that I actually finished and released.

Tell us about Save the Zacks that you pitched at the competition.

Save the Zacks is a cute and quirky physics-based puzzler, where you guide the little Zack balls to teleports and other escapes by digging the terrain and tilting your device to change gravity. Did I mention that you can explode a few Zacks to clear the path? Well, you can. But don't worry, it's for the good of many. Watch out for monsters, lasers, saw blades, lava and other dangers along the way. It's got a minimalistic design and soothing music track, that all in all makes it a relaxing experience. Also, totally ad-free, yay!

What do you think are the most unique and interesting aspects of Save the Zacks that gamers may never have seen before?

It's a pick-up-and-play game, with minimal cutscenes and fast loading time. When you start, you go straight into the game and have to figure out the mechanics along the way. Being able to tilt the device to affect gravity works very well, and has surprisingly not been used a lot in similar games. Also, the mix of cuteness and Zacks being killed in various ways provides a fun balance.

How did you come to choose the platforms that you would develop Save The Zacks for?

I think touch screen phones/tablets provide a unique playing experience that still has not been developed enough. Too many games try to incorporate classic gaming controls, but I think we must embrace the mobile format better. I played a lot of Lemmings in my youth, and I couldn't find a good mobile game that gave me a good feeling of both saving and sacrificing them. So, I created one instead.

I'm doing game dev as a hobby, so I'm lucky enough not to have to worry about doing a profit for my games so far.

I loved being part of the Big Indie Pitch in PGC London. The judges were super professional and gave plenty of good advice. The entire setup was very well executed and I would recommend all indie devs out to apply!

Being a silver prize winner in the pitch, I realized that there really was something in my game that did appeal to many. It gave me the confidence to pursue this to the end and make sure I actually released it. The people connections I made, I still hope to query a bit more, for help with marketing strategies etc.

I plan to ship an Android version as well hopefully within a few months. Also, new levels are coming! Watch out for the snowy ice planet levels just in time for Christmas.