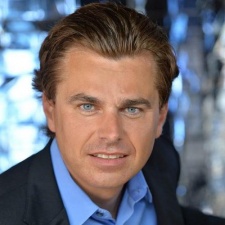 At PGC Digital #6, Metzger will host a presentation on 'Building a $1B Gaming Company: Going Public & Scaling via M&A'

One of our focus areas is the digital media and gaming segment. Some recent deals we advised on include the sale of Echtra Games to Zynga, Slightly Mad Studios to Codemasters, Freepik to EQT and more.

We got to know all the buyers in the space over the years and understand what’s important to them and what they are looking for.

We help companies to position themselves in the best possible way for an M&A or financing transaction and manage the discussions with the various potential buyers or investors.

Please connect with me on LinkedIn if you would like to see the reports.

First of all, I love playing games. Living in Los Angeles, gaming has always been an important industry here.

Many of the large gaming companies are here, such as Activision, Blizzard, Scopely, Jam City and many of the large Asian publishers have their western headquarters here.

The industry has been one of the few success stories in the past twelve months as participation and engagement trends spiked during COVID lockdowns fueling growth in revenue and profitability. Although that initial spike has slowed, consumers are still engaging with gaming more than pre-pandemic levels.

This outsized performance has kept M&A and financings at healthy growth levels over the past twelve months. There has also been a rise in massive billion-dollar M&A deals during this time, including Microsoft’s $7.5 billion acquisition of Zenimax. While financings were initially down when lockdowns begin, they have recovered well and now are growing again at record levels.

The public markets have also heated up with many significant IPOs and the emergence of SPACS with a strong interest in gaming.

There has been an uptick in gaming IPOs including Unity and Playtika raising more than $1 billion in each of their respective offerings. SPACs have also been very active in the space with multiple billion-dollar deals (Skillz, Playstudios, Nexters etcetera.).

I expect continued strong consolidation, more interesting IPOs and further growth in subscription services. I believe the continued consolidation will likely include more private equity deals as we saw with the Carlyle Group’s recent acquisition of Jagex.

IPOs have already seen an uptick in the first quarter of 2021 and with the current pipeline, this trend will likely continue. As with many digital media companies, it’s likely gaming companies will continue to offer more subscription services similar to Xbox Game Pass and Apple Arcade.

I enjoy most listening to the talks of the thought leaders in the space. I am also excited about my discussion with EG7 CEO Robin Flodin, about their journey from going public to building a company valued at over $1 billion via acquisitions.