Careers in games: getting started as a community manager 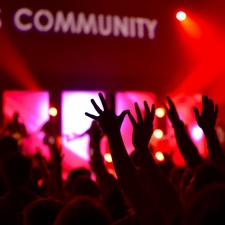 Games can fly or fail based on their core loop. But the actions repeated over and over again to deepen player engagement can also miss the mark if the interaction in the community fails to heighten the gaming experience and interest in playing the game.

Monitoring activity across social channels and chat makes sure developers and players are on the same page. This is important since being a throughline from the players to the developers helps avoid the disconnects that can cost companies popularity and profits.

But that isn't the only way a community manager proves their ROI. Listening is a two-way street – and community managers also champion the community, amplifying the voice of the players within the studio to build trust and – ultimately – spark the interactions and conversations that drive deeper and lasting engagement.

So how do you best prepare to become a community manager? What are characteristics that distinguish good community managers from great ones? And where do you set the boundaries that allow you to cultivate and promote a positive community without risking burn-out or – worse – death threats?

Be a voice for the community

I talk with Orchidee Stachelig, Communications Manager at Abylight Studios, an indie publisher and developer that likes to call itself "the coolest video games studio from Barcelona."

If this tagline tells the truth, then much of the credit goes to Stachelig. As orchidgoth and codeslut, she exudes a creative and cat-adoring (!) personality that is real and relatable.

It's a unique persona with a positive impact on her work as Communications Manager (and Community Manager at Wheelie Good Games, a community of developers with disabilities and health issues creating and testing games for accessibility).

But having a strong presence isn't a prerequisite.

Stachelig says. "You don't need to be an extrovert to be a good community manager," she explains. If anything, community managers who market themselves in social get in the way of the real focus: connecting players and developers. "You need to be genuinely into communication and enjoy it," she says.

"Hanging out with other gamers becomes part of your job."

Learn to ride a bicycle in hell

A good community manager "unites people around the games they love" and creates a positive vibe that invites more players, Stachelig says. That would suggest that strong human skills and high emotional intelligence are a must for the job.

But, Stachelig explains, it's critical to have a "cold mind" as well as a warm heart."When everything is one fire, you have to be the one who stays cool and comes up with a solution." What's more, when "shit is floating out there, your job is to fish it out and not let it get to the community."

A community manager also needs to know when people are misbehaving or want to be provocative and when it's something a lot more toxic. There are times when the job of a community manager is like "riding a bicycle in hell," Stachelig says. The fire is on the seat while you ride it and, without the bike, the flames are even worse.

There are times when the job of a community manager is like "riding a bicycle in hell,"

And when it gets too aggressive, community managers have to be just as bold. Stachelig has received death threats for her efforts, but, she says, it comes with the territory. "You just have to be prepared for everything."

Be loud and proud

So, how do you prepare for a job as a community manager?

It's not a straight pathway. An internship can help to figure out if it's the right fit, Stachelig says.

And once you are convinced it's the right career, you should do what you can to show you are creative and understand what it takes to build community. It helps to have distinctive traits like looks, hobbies, or interests, but don't overdo them. "You shouldn't show off or fling it in front of people," she says.

A community manager that acts like a rock star or namedrops the influencers and streamers they know won't impress studios. "Someone who has time to be obsessed with their own social media presence can't dedicate the time and energy to uniting people around the game," Stachelig says.

"They also tend to be very opinionated, and this is the opposite of the skill you need to unite people around the game and not drift off to other topics."

But developers will take notice if you are creative because you love it. Be loud and proud about what you do, and don't just describe it on a resume or job application. Stachelig's advice: Show, not tell. "If you have artwork on your Twitch channel, share it," Stachelig says. "If you are a streamer, mention it."

Learn to balance, not burn out

A community manager doesn't have to have a background in journalism, Stachelig says, but it helps. In her case, a strong track record in writing makes it possible for her to add value where it counts. Wit is the spark that makes communications memorable and viral. "You need to know how to play with words to be engaging." Do it well, and players will start quoting you, sharing and even making memes around what you say.

The same skill set is a plus for the daily balancing act a community manager must master to handle the good, the bad and the ugly to keep players engaged and the community safe. "If you can play with words, you can turn an initial hater into an avid fan."

A community manager also needs to deliver "emotion plus information," Stachelig says. It's a daily routine that demands discipline, planning, and a good grasp of social media. The tool that keeps her the most creative and productive throughout the day: the coffee machine. It's a bit of a joke, but it's also the anchor that helps Stachelig organize her day.

In the morning, before coffee, Stachelig looks over social media and what the community discussed across channels while she was offline. From there, she reviews and answers emails. "They require more focus, and I do this while having coffee."

On Mondays, the next step is preparing and preloading tweets. Stachelig works with the team to get the visuals right. She also relies on scheduling tools like Social Pilot to target different time zones and match content to times and places where the community is the most active.

Decision-making skills are also a must to make a call on which fan content to share and which tweets to retweet. "Strategic thinking is a valuable skill for a community manager because you have to do things right away in the moment, but you also have to plan at least a few days ahead."

Perhaps the most important preparation for a career as a community manager is a lesson you won't learn in school during an internship or on the job. It's making a personal choice about the hours you keep and the analytics you monitor.

You have to limit your time on social media and set office hours, Stachelig says. Not doing either put her on the brink of burn-out. "I fell into a hole, and I got out, and now I'm working not to fall back in."

Another trap to avoid is the numbers game of social media. "Measuring reach isn't like measuring kilometers," Stachelig says.

While you need to understand data and analytics, "you shouldn't rely 100% on the data." That's an approach that can blind a community manager to what matters most: sentiment.

"You can have a lot of people and press pick up on what you are saying about the game, but, then again, what are they actually saying about it?" That is where community managers can draw from the talents that make them successful in the first place: a deep understanding of people.

Don't sweat it if your data skills aren't sharp. "There is more than numbers; there is engagement and things you need to analyze as a person because you understand the community and the discussion there."

It's the best advice that Stachelig wishes someone had given her earlier in her career.

"I used to over-focus on the numbers, and obsessing about them got me to the edge of burn-out," she recalls. That's when she decided to refocus on the 3Cs: content, community and conversation.

"At first, I thought don't spend time on it, and then I'm like screw it. And guess what? Once once I stopped obsessing about the numbers, they started creeping up."

PGC Helsinki Digital: How to hire competitively and proactively in the games industry