Supercell's Touko Tahkokallio talks us through the journey of Clash Quest, from prototype to its current stage 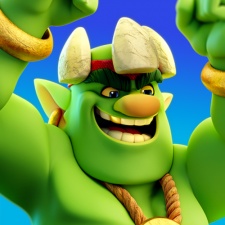 This week, we spoke with Supercell game lead Touko Tahkokallio about how Clash Quest strives to disrupt the match-three-dominated puzzle games genre and the lengthy iteration process behind making games at Supercell.

PocketGamer.biz: Where did the initial idea for Clash Quest come from?

Touko Tahkokallio: Every project at Supercell has had its own unique development journey and the story of Clash Quest is no different. Usually, a new project gets kicked off at Supercell when a small group of people come together and start working on a game or a few prototypes. So typically, first there is a team and after that comes a game.

However, Clash Quest got started more like a side game project that only later evolved into a full game team. In August 2018, I was working as a game lead for Everdale and started thinking how we could combine Clash troops with a new type of puzzle gameplay. My feeling back then was that puzzle games had evolved to a quite specific direction, dominated by only a few core mechanics (mainly match-three or blast mechanics). I felt that there was still much more to be explored in the puzzle space.

I initially wrote a quick design draft of the idea and showed it to some people. A few weeks later I talked with one of our developers, Juho Glad, who had just finished a project and was looking for something new. I showed the concept to him and Juho got excited. We quickly decided to start building a prototype for the game. For the next nine months or so, we iterated the prototype together and tweaked the design. I was still focusing on Everdale and only worked on the design side, whereas Juho was fully working on it, creating everything from art to code.

At some point, after iterating the game enough, we felt it was ready for an actual company wide playable. We let everybody in the company play the game and gathered feedback from it. The playtest got some good feedback and we decided to start building an actual team around the game. We officially kicked off the project in fall 2019. At this point, I jumped into full time working on the game and Lasse Seppänen took the lead of the Everdale team. We ditched the prototype and re-started the project on our own internal engine. After roughly 18 months of development work, with a team that grew from four to 13 people, we finally put it out to beta in April 2021.

What have you enjoyed most about working on Clash Quest?

Curiously, some people have made the comparison that this game is similar to match-three games, whereas others have said it is similar to Legend of Solgard. While it does share some similarities between both games (say with Solgard in terms of having power progression and a linear map), I think the actual core gameplay mechanics are quite different.

In my experience, whenever you change some design fundamentals, the whole game needs to be built in a different way. I don’t think many players will notice these differences, but they can have a big impact on how the game needs to be built. For example, just the fact that in Clash Quest the match end trigger is running out of troops, instead of say, running out of turns, has a big impact on many things. Not having a clear reference game makes development harder but also provides lots of fun new design challenges for the team.

In addition to iterating the game play, the most fun parts from the design point of view have been coming up with the systems on how to generate and manage the content. For us, all levels are generated based on just some data. This allows us to manage and iterate progression, content, and the economy of the game quite easily and also allows us to keep the team very small.

The other system I personally really enjoyed designing was the League system for the game. In Clash Quest Leagues, all players around the world are competing in the same League system, with endless content, yet with an equal competitive playing field. Coming up with the systems for how to manage one giant League structure and how to create endless content in a balanced way for all players in different points of progression was really fun!

As always in development, there are many small challenges and setbacks that you need to deal with. I think building the team, maintaining momentum, figuring out the right scope for the beta, and so on were all difficult challenges. I don’t think we faced any one particular major setback during the development though, nor did we do any major pivots.

Figuring out how to communicate the attack outcomes the clearest way to the players has been one of the challenges we have spent a lot of time iterating on. Making the troop behaviour as intuitive as possible and finding ways to teach players how the different troops behave in the game was one of the main challenges for us. For example, the possibility to preview the attacks by tapping and holding was implemented to help players learn how the attacks would play out and therefore help them better strategise their next moves and eventually master the game.

Have there been additional stages in developing a game with an already established IP?

It is an interesting challenge - and a great opportunity at the same time - to use an existing IP for a game. For one, an existing IP provides a lot of interesting building blocks to play around with! For us, the most natural starting point for the game was to use the troops and defences from the Clash world. It is a great benefit to have lots of cool content that many players are already familiar with.

On the other hand, adapting the visual style to fit both the game and the IP was not easy. We tried many different art styles, some more detailed and visually complex, some very casual and simplistic. The final visual style was settled on because we felt it supported the gameplay the best - clear and simple characters are easier to read and interact with on a small puzzle grid.

There has been tons of learning for us. We wanted to go to beta with a quite minimalistic and bare-bone version of the game and we ended up cutting out a lot of features that we envisioned being in the game from the initial beta release. The idea was that we could test out the core gameplay with real users as fast as possible and see if it had promise or not. During the beta, we have implemented a lot of these "missing features", such as Clans and the Clan League, which we added in our big November update last year.

I think one of the learnings for us has been to understand what type of players our current core users are. Currently, they seem to be quite strategic players, who understand the depth in our game and enjoy "brainy" puzzles. While many players do enjoy this strategic planning, some people won’t get this far and instead quit early. We think they too often feel like they didn’t make any meaningful progress and hit a difficulty wall they can’t pass. We think, at its current form, some players see the game too hard and perhaps also too deterministic.

We take the decision to launch a game or not very seriously!

In our next update, we want to provide players with more cool action moments, while also adding some more depth to the gameplay. We are hoping to address this by introducing a new set of collectables: runes. Troops can now equip runes, providing powerful but rare effects that can affect the outcomes of the battle in cool and surprising ways.

What will be your approach to live ops once the game is released?

Our plan is to make the game world feel more alive and to provide more variety and depth to the game over time. In the future we are hoping to provide much more content, with a steady cadence, and also add new cool twists to the core gameplay.

New updates would also add new regions on the map. The regions of course introduce a lot of new levels - but also new troops, spells, tactics, items, bosses et cetera. Adding more varied content, and also gameplay twists, will create a lot of different permutations and challenges for players to defeat and master.

Of course, Supercell has a high bar for any new release. We take the decision to launch a game or not very seriously! So first we want to develop the game to its full potential before making any decisions on a potential global launch.