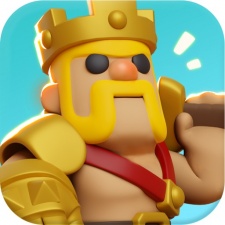 In a new video, two of the Supercell team addressed players about the current status of Clash Mini, Clash Heroes, and Clash Quest.

Firstly, Clash Mini is heading into soft launch with a beta in Finland, Canada, Sweden, Switzerland, Norway, and Iceland, from today (November 8th).

Throughout the beta, players will be able to create a team of Heroes and Minis to battle in the game’s auto-chess-like battlefield.

During the course of the beta, Supercell mentioned the possibility of potential future content whilst adjusting the current player experience.

Secondly, the team stated that Clash Heroes is still in its early stage with no release date yet confirmed.

Clash Heroes had recently undergone a closed alpha test with a few hundred players that provided the team with insight with gameplay feedback.

Supercell stated that going forward they are "working hard on new features, gameplay, and world building", and the next stage for Clash Heroes will be an open beta, however, the start date is yet to be confirmed.

Finally, the team discussed some of the new features that have been added to Clash Quest since the game entered soft launch, such as new bosses, new troops and additional features such as shipwrecks and dungeons.

The most recent update to Clash Quest introduced its newest social feature, Clans, that allows players to play together and compete in the clan league. The update also saw the addition of a brand new boss and a new original troop.

Supercell stated that there is no scheduled release date for Clash Quest yet, however, there will be more content arriving in the game soon.

In addition to the upcoming Clash titles, Supercell, in collaboration with Space Ape Games, launched Boom Beach: Frontlines in Canada and will gradually roll the title out worldwide.

To see more of the upcoming mobile games, head over to our soft launch list to keep up to date with what’s coming soon.