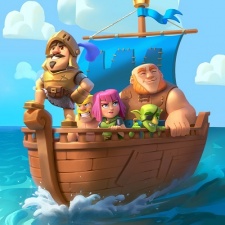 The Helsinki-based studio announced the beta (via Twitter), stating that the game would be available to install in Finland, Sweden, Norway, Denmark and Iceland, with more regions expected to gain access sometime during the testing phase.

Clash Quest is a turn-based, tactical adventure strategy game where each battle is divided into several stages, starting with a set amount of Troops in the player's army.

If a player runs out of Troops, they ultimately lose the match. The game looks to utilise an energy meter while adding both bosses and items - a first for the series.

As a result of the soft launch, it's likely that Clash Quest will be the first game launched globally from the trilogy of Clash spinoff titles announced recently by the firm.

"Clash Quest is a tactical game which starts very simple. Once you get into it, you'll see there's a lot of depth and the complexity opens up," said Supercell game designer and Clash Quest lead Touko Tahkokallio, via the original announcement video.

"Inspiration for Clash Quest came from the Clash characters we have. Each character has their [own] unique way of behaving or attacking. We felt like there's an opportunity to create a totally new experience around those characters, and provide new challenges in a fresh way"

Clash Quest is currently available to download in Finland, Sweden, Norway, Denmark and Iceland across iOS and Android devices.

Anyone interested in the beta, where the game is currently not available, can sign up to be notified via the official Clash website. No official release date has been announced at this time.

PocketGamer.biz has reached out to Supercell for more details.

Only a few months back, Supercell looked set to overhaul Clash Royale as the studio sought a new game lead for the real-time multiplayer.

We also previously spoke to Supercell community manager Drew Haycock about the five-year anniversary of the multi-billion dollar success hit that is Clash Royale.