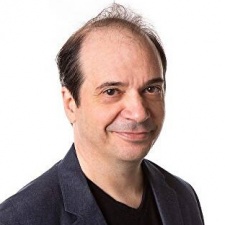 The speculative elements of blockchain gaming is often compared to the secondary market of Magic: The Gathering, arguably Garfield's most successful and popular creation, and the deep complexities of the game's necessary financial investment, collectability, and Wizards of the Coast's involvement – specifically, its complete denial of any influence it may have on release and design – are mirrored in much of the appeal and backlash against play-to-earn.

So it is revealing that Garfield's partnership with WAX is specifically in creation of a standalone element, in which all players have access to the same game assets and functions. PocketGamer.biz spoke with Garfield on what compelled him to start his first blockchain gaming project.

PocketGamer.biz: A partnership with the father of TCGs lends considerable credibility to any project. What are the qualities of Blockchain Brawlers/WAX that persuaded you to collaborate?

Richard Garfield: Strangely, what persuaded me to provide a game was WAX's willingness to do a completely non-TCG, a game where all players have the same cards and material for play. Art may vary, of course, but the game is consistent from player to player. This is important to me because so much of blockchain gaming is tied up in making the game itself an object of speculation, and that runs against the interest of people who actually want to see games played.

My only resistance to blockchain gaming is that it is tied up in speculation. Blockchain is just digital ownership – there is no reason that digital ownership should be intrinsically more about collecting and speculation than paper ownership. The game I have made is simple, with bluffing and deep play, and will hopefully resonate with the property.

What are the fundamental qualities of blockchain gaming that you want to explore that cannot be executed in traditional gaming titles and platforms?

Excellent games can be made analogue and digital, blockchain or off blockchain. The disadvantage to blockchain, right now, is that it is so mixed up with speculation. This works against game play.

The advantage of it, however, might be that certain games could be made which, if made off blockchain, would need to have all the freemium nonsense and manipulation around it. While on blockchain, players might be willing to treat it more like a paper game, where you just buy it. This is just convention though, it is not inherently something to do with blockchain.

But it is because of that convention that there are so many really cool looking digital games that are free but not being about good game play, being about getting people to pay heaps of money in vulnerable moments.

Digital CCG Storybook Brawl experienced considerable backlash from its player base following the announcement of NFT functionality. You will be working towards an audience already engaging with blockchain gaming, but what are you hoping of adding Blockchain Brawlers that will persuade the wider TCG audience of its value?

As it is a non-TCG – a standalone game with some bluffing and room for clever play - I am hoping players will just be happy to play a straightforward interesting game with no component of bias against people who purchase at the wrong time. Poker is my favourite game. It is endlessly interesting to me. It doesn't need deck construction or seasonal rules modifications. I want to focus on game play, not speculation, and I think that could have some appeal to players.

You’ve partnered with and launched many digital CCGs on numerous platforms, some more successful than others. What are the core lessons from these experiences you want to take to your partnership with WAX?