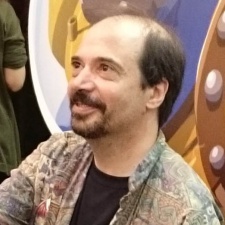 Garfield is credited with creating the genre of collectable card games thanks to the huge success of Magic: the Gathering, and the partnership between game developer and blockchain studio aims to leverage his experience with new PVP gameplay.

Holding all the cards

Garfield has a 25-year-long track record of creating collectable card games met with commercial success, most notably Magic: The Gathering. He also created Star Wars: The Trading Card Game, the board games RoboRally and King of Tokyo, and more.

"It's a pleasure to bring a PVP element to Blockchain Brawlers," Garfield said. "I am aiming for a game that is entertaining and immersive with real strategic choices and opportunity for risk-taking — yet easy enough to learn that it opens up Blockchain Brawlers to a broad player audience."

WAX Studios CGO Michael Rubinelli commented: "We set up WAX Studios because we feel Web3 gaming is in urgent need of redefinition. Right now, it’s more about farming than having fun."

"Bringing in Richard Garfield and his beautiful, mathematical, and strategy-driven mind to the creative team behind our new PVP layer will boost Blockchain Brawlers to entirely new levels and raise the bar on Web3 gaming," Rubinelli continued.

WAX Studios head of publishing David Kim recently appeared on a panel at GDC about blockchain’s potential to change the games industry and what the metaverse will be.