Studio E's Gabrielle Heyman and Matt Sharpe speak with PocketGamer.biz on Studio E's decade of playable ads design, and why the format is gaining popularity 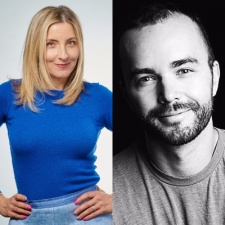 My guess is few of you thought of Studio E, Zynga’s in-house game studio that connects brands with seasoned game designers to create playable ads primed to resonate with the mobile gaming community.

But as brands beyond games are coming to mobile games to access new, engaged audiences, playable ads are seeing an uptick in popularity, with Studio E reporting upwards of a 60 per cent completion rate from an opt-in perspective on these units.

Gabrielle Heyman, head of global brand partnerships, and Matt Sharpe, creative director at Studio E, spoke with PocketGamer.biz on the journey of the studio, and how playable ads are reaching the mobile audience.

PocketGamer.biz: Studio E has existed since 2011, although its launch was closer to 2015. Can you tell me a little more about its earliest days, and how its activities shifted into its responsibilities today?

Matt Sharpe: Studio E is the in-house advertising agency within Zynga, and our mission has been the same since its inception in that everything we do is an iterative process. When we first started, the team would create simple games where users would be entertained by the notion they were being delivered a game versus another form of media.

When we first started, the team would create simple games where users would be entertained by the notion they were being delivered a game

Now, we’re able to give advertisers 10 times more than we could in 2015 – our playable ads are elaborate, engaging, and convey a brand’s messaging seamlessly within the game experience. These units are delivering strong engagement rates and retention with our players as well, showing these resonate with the community.

Since 2015, we’ve learned so much along the way, which has allowed us to grow dynamically and scale our units. We’re also able to share this extensive knowledge with clients and take on a thought leadership role. Whenever we work with our advertisers, we’re able to explain which ad units would be best suited for them based on our expertise and experience.

What makes the mobile games audience more receptive to playable ads, compared to the PC/console space?

Gabrielle Heyman: Zynga has almost 100 games in our portfolio and our playable ads are mini-games within our titles, which primarily live on mobile. At its core, the game mechanics of a playable ad are different across mobile and PC/browser, so the experience would vary between the two.

However, the great thing about playable ads is that they can be targeted to any audience. Once we hear a client’s goals and KPIs, we’re able to curate the right audience and game, and then build the playable ad experience to fit within that.

For example, our hyper-casual studio, Rollic, has a globally diverse audience that ranges from 18-25 yrs old. If we want to reach a Gen Z audience, we’ll heavy up placements in hyper-casual games and have a playable ad experience that is complementary to that specific gameplay.

Sharpe: The 35-45 year-old audience isn’t playing the same games as the 18-25 year-old. Zynga has so many different audiences that range across titles throughout the portfolio, so we ask the brand from the onset, 'Who are you trying to reach? What’s the message? How can we cultivate this experience so it will resonate?' From there, our team will match the brand with the right audience and ad format based on their KPIs.

Heyman: For example, we’re currently running a Downton Abbey campaign in Words With Friends because the game attracts an older audience that makes sense for that campaign. The messaging speaks to word lovers, so even if you aren’t a fan of Downton Abbey, you will still enjoy the experience. It’s a gamification of an ad experience because you play and get served an ad based on your score.

Speaking of the Downton Abbey campaign, many of Studio E's clients are entertainment-adjacent. What do conversations with playable ad-skeptics look like? On a wider note, how attuned are non-entertainment companies to their potential?

Heyman: In addition to entertainment, we have clients across all major categories including consumer packaged goods, wellness, insurance, and teleco. For those who are skeptics, I would say it’s because they aren’t gamers and don’t have their own understanding of playables from personal experience. When people play games on their own, they interact with playable ad units firsthand and understand how the mechanics work. They realize the impact behind them and why gamifying your brand is so important.

For those who are skeptics, I would say it’s because they aren’t gamers and don’t have their own understanding of playables

If you look at Duolingo, which is a language app, or MyFitnessPal, which is health-oriented, they have gaming mechanics built in. Users win unlocks or perks when they achieve their goals and it’s similar to a game loop.

So many successful initiatives have leveraged gamification because it drives engagement. For example, we created a playable ad for Pistachio’s brand new shell-less product, where you tap the pistachio and it loses its shell. In this example, there’s a two-way conversation happening. Instead of telling the consumer about the new product, we were able to show them.

Sharpe: Studio E and Zynga’s best kept secret is that we’re adept at being clever. We take our user insights and learnings to create more playable ads that are subtle, but represent a significant conversation. We’re meeting the audience where they are and having a conversation with them based on the brand we’re representing that resonates with them. Throughout the years, we’ve built different levers and know what to pull when deploying these interactive units to drive success.

To your mind, what are the core challenges advertisers face in the mobile games industry?

Heyman: There are so many options and ways to get into gaming, that advertisers don’t know what to do first. There’s PC, console, Twitch, streaming, influencer, eSports… some programmatic, some sponsorship. How do they jump in?

We’ve seen a lot of brands start with mobile gaming since it’s a great gateway. With Zynga specifically, we have almost 100 games across our portfolio that reach a globally diverse audience across all ages. Brands can test to see which audience or games resonate the most.

There is a greater degree of creativity in ad implementation, as ad firms such as AdInMo and AudioMob look to build seamlessly on a game's core experience. Are interstitials losing popularity?

Sharpe: There’s pros and cons to every ad format. There are certain people that prefer certain ads over others, and we’re flexible based on each client.

Heyman: In today’s world, you can find an ad anywhere. Ads span from distinct commercial breaks to programmatic car racing games, to playables. Interstitials are like a traditional commercial break and they are not losing popularity. There’s a demand for them and they still work well for certain situations.

Heyman and Sharpe will be among the expert speakers at Pocket Gamer Connects Toronto on July 6-7, with in-person and digital tickets available through this link.