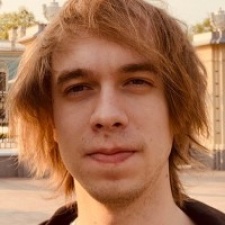 As independent developer lowiro celebrates the Version 4.0 update to its flagship title Arcaea, the arcade-style rhythm game also brings the anticipated conclusion to its main story via the song pack Final Verdict.

With this moment finally in sight, lead developer and lowiro founder Anton Prydatko spoke with PocketGamer.biz on Arcaea’s origins and inspirations, its model and music, and how things have changed since the 2017 launch.

Prior to founding lowiro back in 2016, Prydatko's work in the games industry took the form of developmental roles on iOS at Dischan Media and Rakuten. He moved to and worked in Japan for a number of years and played a great deal of arcade music games in his time there, becoming inspired to bring that same experience to everyone upon his return to England – a country not known for its arcade music game scene.

Prydatko stated: "I had experience making mobile games and I thought, 'this is something I could probably make' with the hopes of giving everyone a taste. That was the early drive.

"In the early days, I was the only developer on the project. I’ve kind of taken a step back from that since, but I do still get involved in some of the development."

Whilst lowiro was founded in the UK, its team comprises members spanning the globe – including the US, Singapore, and, of course, Japan, the home to Arcaea’s largest audience. A mobile game breaking into the Japanese market is in itself a rarity, making Arcaea a member of a very exclusive list of outliers. Myriad factors enabled this, but perhaps chief among them is that from the game’s conception, lowiro decided to work with musicians and artists from Japan.

"We originally started by getting a lot of doujin or indie composers in Japan. I think the audience came naturally – a lot of our early audience was in Japan – so if anything, we started really strongly there first and have since grown into the west. But Japan is still our biggest audience."

Even with so many monetisation strategies available to developers – from one-off purchases to gacha systems to subscription models – from the very beginning of development, lowiro maintained a "strong and fundamental" idea that Arcaea’s monetisation method should be fair. Players who spend money in-game do so to purchase songs and song packs, with each individual track costing a maximum of $1 and, at the best rates, a $5 pack contains upwards of seven or eight songs in some instances.

"To have the game be F2P has been the fundamental concept, so the barrier to entry is really low and anyone can try it out. Our idea was not to go for subscriptions or a stamina model where you're limiting how much players can play, but instead a model where they can buy additional songs and have consistent access to them.

“Some early games on mobile struggled with this kind of pay-to-play model – like buying stamina – and so we really wanted to make it more that our players own the content. Players really appreciate having constant access to what they’ve paid for."

Some early games on mobile struggled with this kind of pay-to-play model – like buying stamina.

Arcaea does implement a time-gated system in one of its game modes, World Mode, where players progress and unlock new songs; all songs that are unlocked can be played unlimitedly. Prydatko added: "This has really helped keep it fair – it's less about just constantly paying, or pay-to-play."

When Arcaea first launched with approximately 20 songs in total, there was just one paid song pack of five songs. The team treated this as DLC in an aim to provide everyone with the same quality experience where "if you want more content you pay for it, and if you don't want more, you're still able to play for as long as you want".

The artists and songs featured in Arcaea have a notable range, varying from the vocaloid style of Farhan’s Dandelion to DIA’s more traditionally eastern inkar-usi. Yet, standing apart from many rhythm games, in Arcaea a song’s genre and BPM does not strictly dictate the gameplay or challenge.

"We sometimes have more challenging songs be either slower, lower BPM, or unexpected genres. It’s up to our level designers to basically see what fits and works for the songs. There are limits but we do try to push them when possible, compared to some games with a mold of certain styles correlating to certain levels of challenge."

Being an international game with a strong social media presence where players intermingle, the popularity of tracks is fairly consistent across regions. Prydatko highlighted one track in particular for stirring excitement around the game after its launch in 2017 – a secret song called Grievous Lady. He noted: "When Arcaea first really took off, we had a hidden boss song called Grievous Lady by Team Grimoire and Laur. This got somewhat viral, I guess.

“There was a lot of buzz around the song and videos of it started circulating because it was hidden. It was very rare at the time – for a mobile game especially – to have such hidden content. That was our big starting point in being a unique title: partly attributed to the boss song and partly to the way we presented the game."

Original songs have featured in Arcaea since its initial launch, further distinguishing it from fellow rhythm games. Similarly, Arcaea has its own cast of characters and an original story.

"Whereas some games choose to have a direction where they license a lot of popular content and bring popular things that people want, we want to surprise people – to push the boundaries and make something new, like making new songs, making new content, and not just giving people what they want but giving them what they didn't know they wanted."

Whilst Arcaea started out as purely a mobile title, in 2021 the game also launched on Nintendo Switch. Nothing developmental differences between the platforms, Prydatko highlighted the implementation of a new control type, revamping and updating visuals and interfaces to work better with controllers, as one of the biggest changes in approach.

As for one of the biggest developmental differences between mobile and Switch, Prydatko said: "On mobile, we test a lot of features as they go incrementally, but the Switch had to have a very strong period of weeks and months of play testing and QA, which you kind of need to do for a packaged game.

"So it's a very different thing: a big release with a big testing period versus constant updates with shorter testing and a faster cadence."

The decision to support controllers on Switch was not made immediately – and is a feature absent from many mobile-to-Switch ports which remain touchscreen only – but lowiro ultimately judged controller integration worthwhile; and despite controller support being noted as the most challenging aspect of the Switch version’s development, the team truly went all out on including them.

Arcaea on Nintendo Switch fully supports controllers in navigation and play, and its songs’ scoreboards even have distinct categories for touch and controller. "We made this a strongpoint to really make it feel like a polished and unique version of the game, rather than just a straight port of what’s on mobile."

Thanks to its live service model, the mobile version is able to receive new content faster than on Switch, which usually gains new content up to six months later. "We do want to give Switch players all of the content but it just takes a little bit longer. We hear a lot of outcry from Switch players wishing that the update process was as fast and that they’d get the content immediately after mobile or in line with mobile, but because of how we changed progression to be fully offline and a much smoother experience, it takes longer," Prydatko explained.

In terms of licensing conflicts between mobile and Switch – tracks available on one platform but not the other – there are certain DLC song packs that haven’t released on Switch but almost all songs from the base game are in. "There are a few small variations, but almost all songs are in – like 95 per cent, if not more; it’s a very, very similar song list."

Since Arcaea’s original mobile launch in 2017, the industry as a whole has seen some significant shifts – and whilst lowiro avoided suffering substantial impacts during the early days of the pandemic, restrictions did begin to take their toll down the line.

"In the early days of the pandemic everything was fine because we were mostly a very remote team. We have three, four different countries that we work across. So some of us stopped going to the office, and for others nothing changed and it was all fine.

When Arcaea first really took off, we had a hidden boss song called Grievous Lady by Team Grimoire and Laur. This got somewhat viral.

"After a year, a year and a half, there was a bit of a breakdown in communication and things got tough because people hadn’t met for so long and motivation kind of ran dry."

Prydatko expanded on staff burnout without the benefits of meeting people and collaborating on a game in an in-person environment, but did celebrate the fact that this has improved with the lifting of restrictions.

"Now things are opening up and people are meeting again, and with our finale finally out and getting such a huge response, we’ve got a lot of motivation again."

On the more technical, mobile-centric side of things, lowiro has needed to adapt not only to changes caused by the pandemic but by advancements in hardware as well; screen aspect ratios have changed dramatically since 2017 and Arcaea has needed to accommodate this shifting landscape with ultra-wide settings, for example.

"While monetisation hasn't changed too much for us, in the industry it has moved forward to a lot more free-to-play games with gacha. They have really taken hold of the industry, I think, in the past few years. It was still there in the early days – five or six years ago when Arcaea started – but it's really become the standard now of a game being fully free and having some kind of loot box element for characters or for other content.

"We still see success in sticking to what we think is fair – not overly monetising the top end of users. So Arcaea is a little bit traditional, I guess, in that you can't play all the songs unless you buy them."

Nintendo’s Fils-aime: Loot boxes "have gotten a bit of a bad rap”