Interview: Connect 2 Media on its plans for Hands-On Mobile EMEA

Cross-platform ambitions, and a roll-up of game companies 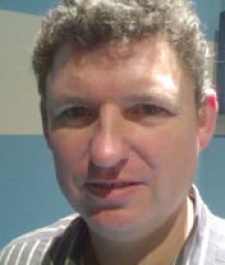 August 15th, 2008 - 03:20pm
By Stuart Dredge, Contributing Editor
Connect 2 Media plans to announce a further acquisition in the next week, following yesterday's news that it's taking on the EMEA assets of Hands-On Mobile.

"We've got more acquisitions coming through," says managing director Eric Hobson, in an interview with PocketGamer.biz.

"We've just done another one, which we're hoping to announce next week. It's a firm in the gaming space. And we're at various stages in talks with a number of companies about bringing them into the group."

As it stands, Connect 2 Media has taken an investment from Hands-On Mobile which includes taking on the bulk of its EMEA assets  a division that Hobson himself used to head up, before leaving to set up Connect 2 Media.

The new company is also backed by London-based VC firm Acuity Capital, which has invested £4.5 million in the venture. Part of Connect 2 Media's plans involve cherrypicking other games firms, taking advantage of the current state of the mobile games market.

"It's a great time to be in the market with money and a roll-up plan," says Hobson. "So many people are leaving the industry at the moment. If we can roll up a bunch of companies, we can increase our weight in the market."

On one level, it's business as usual since Connect 2 Media will continue to publish Hands-On's mobile games in EMEA, distributing them through the usual operator and off-portal channels.

However, the real ambition is to strike off in a new direction, as Hobson explains. "Our vision on this is about convergence, which is where we see the market going," he says.

"Mobile and web technologies are converging, and you can already see people making similar moves, bringing out web versions of their games. We believe we can move in that direction."

More specifically, since forming Connect 2 Media, Hobson and his co-founder Pete Scott have focused their attention on the TV industry, choosing to miss this year's Mobile World Congress mobile industry show in favour of a trip to TV conference MIPCOM.

"Most of these TV people recognise that convergence is coming," says Hobson. "Look at companies like Channel 4 putting up huge funds for games. But a lot of the companies don't know what the hell this convergence means technically. They're actively looking for companies like us to help them with propositions that span TV, web and mobile."

Hobson says one of the key things he learnt while at Hands-On first time round is that his energies might be better focused towards the television world, rather than console or film licensing (two areas Hands-On was particularly active in).

What's more, Connect 2 Media isn't simply going to TV firms as a potential licensor. Hobson says the company is actually pitching cross-platform formats to broadcasters and producers from the start.

"We pitched some TV formats at MIPCOM and were pretty successful," he says. "You should see some releases from us later in the year on that."

Furthermore, Hobson says the company's success at pitching ideas to the TV companies helped him rethink what Connect 2 Media (and now Hands-On) should be about.

"It's very easy to get wrapped up in the mobile games business, where after four years you start to see yourself as a technology and logistics company, getting all these damn ports out!" he says.

"But you have to be a creative company and come up with creative concepts. It's been nice to get back into that. The industry is going to undergo some very interesting changes in the next 18 months. We think we're now nimble and flexible enough to make the most of those changes."

One thing Connect 2 Media won't be trying to do is compete directly with the big guns of the mobile games publishing world.

"I don't see ourselves competing with Gameloft or EA," says Hobson. "It would be ludicrous to go head-on with those companies. In fact, I see us partnering with them going forward. We can co-operate with those guys on occasion."

It's clear that the new cross-platform direction is more likely to deliver a return than simply scrapping it out with other mid-tier mobile games publishers for dwindling market share.

Hobson comes back to the opportunities presented by the changing media landscape, though. "At the end of the day, there are small screens, medium screens and big screens," he says (referring to mobile, PC/Web and TV).

"Forget all the other shit: that's how the consumer interacts with them. And if you're a TV company with people spending less time in front of your big screen, and spending more time in front of the smaller screens, then you need to try different things. That's where we fit in."