Marketing muscle is a major weapon 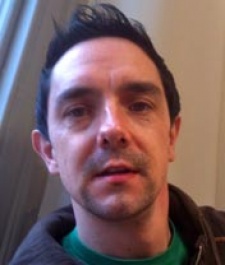 March 8th, 2012 - 05:52pm
By Keith Andrew
One of Nokia's key additions to the Windows Phone ecosystem has been a drive to launch low-price handsets.

The Lumia 610  unveiled at Mobile World Congress  will be the cheapest Windows Phone device released to date, while the Finnish firm has since suggested it's looking to launch sub 100 handset in the near future.

The aim, of course, is to reach out to the feature phone users Nokia has traditionally had a strong relationship with, unseating Android's current position as the bridge to the smartphone market in the process.

We caught up with Stephen Hey, marketing manager at Java master Connect2Media, for his take on what difference Nokia's efforts to carry its consumer base over to Windows Phone will have on those working in the feature phone market.

Pocket Gamer: Nokia's Lumia 610 is the cheapest Windows Phone it's released to date. Do you think Nokia has any chance in making inroads on the feature phones market with such a device?

Stephen Hey: No one should underestimate Nokia  it's a company that knows how to produce quality hardware that works well and lasts for ages.

In our office we have a handset library with 15 years worth of phones in it. You can switch on any Nokia device today and, no matter how old, they generally work, so the handsets will be good for first, second and maybe third users when passed down.

Nokia also has the marketing muscle and expertise to make these devices fly out of the door. So, yes, I think they do have a lot of potential.

Nokia has also suggested it's looking to release sub 100 Windows Phones to take on Android in the near future. Will this make any difference?

It is the 'magic number' to grab the mass market, but the success of these devices will be won or lost in how the carriers present them, what packages they come with and just how accessible they are.

We talk a lot in the industry about platforms but to a huge amount of people they dont care if a phone is a Windows, Android or Symbian device, they just want a phone with a full keyboard, that can play Angry Birds, has a camera etc.

The need here is more pragmatic and 'benefit' rather than feature led. If Nokia gets the presentation, the deals, the benefits and the price point right, then theres room on the market for these devices to succeed.

What are the major differences between the market for games on smartphones and the Java market? Are the consumer groups merging?

There are massive differences actually. For years we have been, to some extent, marketing 'blind'.

On Java decks we sold our product via carriers, and still do. This is great but the merchandising and much of the marketing was controlled by the carriers.

Then reporting on sales often lagged behind the sales themselves so it was hard to tell whether a game had soared to the top of the charts like The Wanted or crashed, sobbed a little and vanished from trace like Joe McElderry.

Today, carrier decks are still the core of our business and we are a top three content provider to decks around the globe, but we have published many products direct to the likes of the App Store, Google Play and Amazon's Appstore.

This is where the revolution begins, because we now have real-time analytics so we know lots about how the consumers behave in-game. This information informs, not just how we market games, but also how we make them.

We can cross-promote games, retail within games - freemium titles - and have the ability to use marketing channels to send people directly to a purchase. So we can advertise, run Facebook competitions and go on tweet frenzies that include direct links to the a game purchase. So, in terms of differences in marketing, I think we are only just beginning to learn of the potential for marketing games on smartphones.

But even with all this data and technology, it is the fundamentals of marketing that you need to get right  and, at the end of the day, the games need to be great fun to play.

Which smartphone platform do you think is making the best job of appealing to feature phone owners as things stand?

Now you are asking.

As a global publisher who works with all the platforms I am not going to come out and choose one of them. Sorry.

For us they are all very different. We have never committed to one sole platform. Today Java is still our key revenue earner and it is very important that our cross-platform titles deliver as good a quality experience on a three year old Sony Ericsson C902 as a brand new Samsung Galaxy S II.

As I mentioned earlier I think we can get too focussed within the industry on platforms and handsets and lots of people out there upgrading from a feature phone right now have no idea about operating systems - they just want "a nice new phone that looks like Uncle Carl's and has Facebook on it and that".
Thanks to Stephen for his time.

You can find out more about Connect2Media on the firm's website.