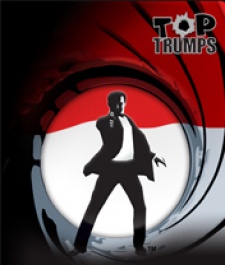 April 27th, 2011 - 07:16pm
By Keith Andrew
Having already licensed the franchise from Winning Moves, Connect2Media has announced a deal with Bristol based studio Mobile Pie to bring the Top Trumps franchise to iPhone.

The partnership will initially see three Top Trumps games launch on Apple's platform, though the two parties say releases on other formats  including Android, BlackBerry and Java  will follow.

Top of the trumps

"We are very excited to be extending the reach of the Top Trumps license," said Connect2Media COO Greg Robinson.

"Top Trumps is an excellent property for mobile devices and we want to ensure that the quality we have produced for mobile is even more compelling for the iPhone, which is why we are working with highly acclaimed Mobile Pie, to develop the games for the iPhone."

Mobile Pie, which is currently in the process of hiring new staff, claims it doesn't intend to simply roll out ordinary Top Trumps releases.

"We're very excited to get our hands on the Top Trumps brand and to create an app with all the love and polish we've become known for," said Mobile Pie creative director Will Luton.

"We're going to take the license beyond expectations."
Top Trumps 007 Best of Bond will hit the App Store this summer.