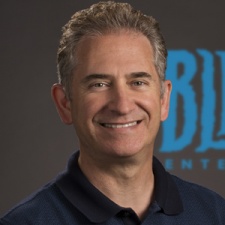 Blizzard Entertainment president and co-founder Mike Morhaime has stepped down.

Morhaime, who formed the company back in 1991 as Silicon & Synapse with Frank Pearce and Allen Adham, will remain on as a strategic advisor.

World of Warcraft executive producer and long-time Blizzard employee J. Allen Brack has been named as the company’s new president.

Gresko has been with the publisher for 10 years and brings with him 26 years of industry experience.

Blizzard co-founder Allen Adham has also joined the executive leadership team and will be responsible for support new projects.

“J. has been with Blizzard for over 12 years leading the World of Warcraft team, and it takes vision, creativity and unwavering commitment to excellence to sustain a community of players the way J. has for over a decade,” said Activision Blizzard CEO Bobby Kotick.

“J. is an inspiring leader. He has shown unwavering commitment to our community, to innovation and creative excellence and he cares deeply about ensuring the very best of Blizzard culture will be protected.”

“I have known both Allen and Ray for more than 25 years and they are two of the most capable entrepreneurs in the game industry. They will help make certain that inspiration and creativity remains the focus of Blizzard.”

Morhaime said of his departure: “I want to thank all of the talented and hardworking people at Blizzard for their dedication, creativity and passion. It has been a privilege to lead this team. I’m also very grateful to Blizzard‘s player community for their support.”