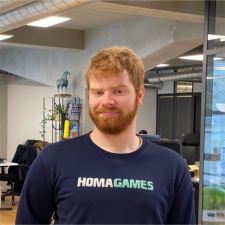 Homa Games has hired Yoan Joncheret for its newly-created head of design role.

Joncheret has been in the games industry since June 2013. In 2014, he began to work for French publishing giant Ubisoft as an associate producer, working on titles such as Smurfs Epic Run.

In 2017, Joncheret became the first employee for Ubisoft's newly acquired studio Ketchapp. He started out as publishing coordinator, and went on to become publishing and editorial lead. The latter role led to him working on games such as Origame, Flippy Race and Mr Gun.

"I'm excited to begin working at Homa Games where data is key and can be leveraged to create hit games that players will love," said Joncheret.

Last month, we spoke to Olivier Le Bas - the head of business development - about the success of Homa Games.

The firm's most recent game - Sky Roller - has achieved 35 million downloads within two months of release.

Homa Games aims to expand further in 2020. Currently, the company is looking for a publishing manager, motion designer and a user acquisition manager.