Will handle the firm's "aggresive" M&A and partnership operations 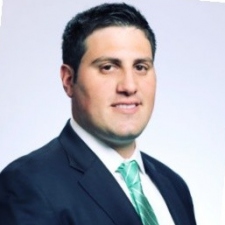 Prior to Homa Games, Cohen served as the VP of strategy at Esports Entertainment Group and was responsible for sourcing and structuring the firm’s acquisitions across the esports and online gamblinh sector. Additionally, Cohen led the firm’s investor relations team.

Going forward, Cohen will be tasked with building out Homa’s M&A and partnership operations, and with a recent $50 million investment in the company, Homa Games plans to approach M&A "aggressively".

"We are very excited to have Jeff joining our team at such an important inflection point for the company," said Homa Games CEO Daniel Nathan.

"His transactional and operational experience and analytical background as an analyst covering the gaming space will serve us well as we embark on our aggressive expansion strategy."

Cohen commented: "Daniel and Olivier have done an incredible job building an ambitious and entrepreneurial culture at Homa. I'm excited to join and be a part of the mission to be the de-facto platform for game developers to find ideas, iterate rapidly, and distribute their games to a large audience."

Homa Games has got off to a good start in 2022 as the company’s latest release, Merge Master - Dinosaur Fusion, was the most downloaded hypercasual game in Q1 2022, according to AppMagic.