"We're delighted to be welcoming Max to the team as we launch Eternal Hope, and we encourage PC and console developers of all sizes to start a conversation with us" 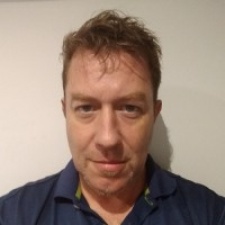 Everingham has years of experience in the industry. Over the years, he has held a number of leadership roles at big-name companies such as Ubisoft, Pandemic and Codemasters.

However, Everingham's most recent role was as head of publishing at Team17. At Kwalee, he will serve as the head of PC and console publishing.

"I could not be happier to be joining a company with the energy and integrity of Kwalee," said Everingham.

"It's a joy to be working again with David on his quest to become as successful in the PC and console arena as Kwalee has already been in mobile.

"If you're a developer of quality games, we want to hear from you! We can promise a true partnership – our leadership are bona-fide developers, just like you, and we want to succeed together."

"We're delighted to be welcoming Max to the team as we launch Eternal Hope, and we encourage PC and console developers of all sizes to start a conversation with us," said Kwalee CEO David Darling.

"On a personal level it's great to link up with Max again having previously worked together at Codemasters, and his recent achievements with Team17 show that there's no better person to be leading us to success in PC and console game publishing."

No doubt Kwalee will hope to experience the same success it has seen on mobile, on both PC and console.

In November, the Leamington Spa-based firm exceeded half a billion downloads across its hypercasual games library.