To focus on a new project 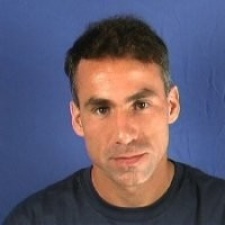 Dan Riccio will step down as Apple's head of engineering to work on a new project.

In his new role, Riccio will report directly to Apple CEO Tim Cook. However, few details have been given on the new project that he shifted focus to. However, he will step back into the role of vice president for engineering.

During his time at Apple, Riccio has been involved in developing the majority of Apple's products, including iMacs, Iphones and AirPods Max.

“Working at Apple has been the opportunity of a lifetime, spent making the world’s best products with the most talented people you could imagine,” said Riccio.

“After 23 years of leading our Product Design or Hardware Engineering teams — culminating with our biggest and most ambitious product year ever — it’s the right time for a change.

"Next up, I’m looking forward to doing what I love most — focusing all my time and energy at Apple on creating something new and wonderful that I couldn’t be more excited about.”

“Every innovation Dan has helped Apple bring to life has made us a better and more innovative company, and we’re thrilled that he’ll continue to be part of the team,” said Cook.

“John’s deep expertise and wide breadth of experience make him a bold and visionary leader of our Hardware Engineering teams. I want to congratulate them both on these exciting new steps, and I’m looking forward to many more innovations they’ll help bring to the world.”

Last week, it was confirmed that Apple would close nearly 30 stores across the US due to the ongoing coronavirus pandemic.