His goal is "to enable the metaverse" 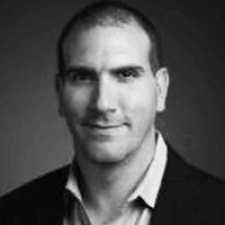 As confirmed on LinkedIn, Bronstein will take on the role later in March. In this new role, he has one simple goal - "to enable the Metaverse."

"This great opportunity builds on so much of my passion and experience at Xbox, Zynga and YouTube, and in a way, it feels like homecoming.

"I have known Roblox CEO David Baszucki for close to 5 years now, and since our first meeting, I was blown away by his mission and focus," said Bronstein.

"Throughout the years, David and I have engaged in fascinating forward-looking discussions about what could be, and year-after-year, I have seen him and the team at Roblox delivering on the vision. It's been impressive."

Prior to Roblox, Bronstein served as the vice president of product for Google Assistant, a position he held for nearly three years.

However, he first joined Google as the vice president of product management for YouTube back in 2014. He held onto the role for almost four years.

Moreover, Bronstein has worked for other giants such as Zynga and Microsoft, where he worked as the vice president of product and director of social interactive entertainment, respectively.

On March 10th, Roblox will officially begin trading as a public company via a direct listing.