But enjoyed his 18 months in hypercasual 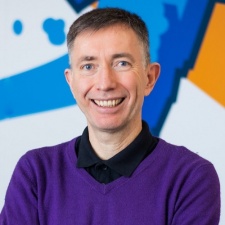 Kwalee head of publishing Simon Prytherch has revealed that he has left the studio.

After joining the UK developer in October 2019, Prytherch has decided to move on, exit hypercasual as a genre and return to his "development roots".

Under his leadership, Kwalee published numerous successful titles such as Baseball Fury 3D and Overtake, with the former surpassing more than nine million downloads.

Before Kwalee, Prytherch previously acted as a software development manager at Amazon and the CEO of Fluid Games, an application developer for web, mobile, tablets and PC.

"As many of you will know, I recently left Kwalee. It was a great 1.5 years building their third-party publishing operation," said Prytherch via LinkedIn.

"I am very grateful to have had the chance to work with a huge number of talented hypercasual developers and to have had the opportunity to learn so much about the free-to-play mobile market.

"The Kwalee team is a brilliant, energetic and successful bunch. It was a privilege to have worked with such a talented team. Au revoir!"

Expanding on the decision to leave the UK studio, Prytherch told PocketGamer.biz that: "I just wanted to get back to development and make deeper, more meaningful games. It is a great team at Kwalee. Just did not align with the direction I wanted to go"

We previously spoke to Prytherch regarding his 30 years in the games industry as part of our Jobs in Games series.

Kwalee recently confirmed that it had accumulated 600 million lifetime downloads across its portfolio.