Varachia will take on same role at the RuneScape developer 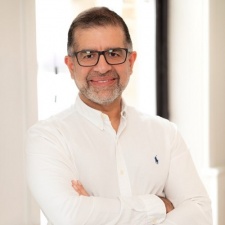 Rashid Varachia is the chief financial officer at UK studio Jagex. He previously spent nine years with Codemasters before EA's acquisition of the firm.

Varachia joins Jagex having spent nine years in the same role at Codemasters, where he was part of the company's stock market listing in 2018, its purchase of Slightly Mad Studios in 2019, as well as its acquisition by EA. He will also join the board of directors at Jagex.

Prior to Codemasters, Varachia held financial leadership roles at Technicolor Home Entertainment Services for seven years. The move follows Jagex being sold off once again, this time to investment giant The Carlyle Group at the beginning of the year.

"With more than 20 years of expertise in delivering incredible multiplayer online role-playing game experiences for a global player base, there’s so much to admire in Jagex as a leader and innovator in living games," said Varachia.

"I am excited and privileged to join Phil and his experienced executive team as we build on the company’s most successful years to date and continue to drive it forward for future growth.”

Jagex CEO Phil Mansell added: "Rashid brings more than 20 years of financial leadership expertise to the company and, with a proven track record of success at Codemasters, I’m proud to have him on board as the first CFO to serve with me."

This latest appointment continues Jagex's recent hiring spree, with the studio picking up new employees from EA, Smilegate and Ubisoft only last month.