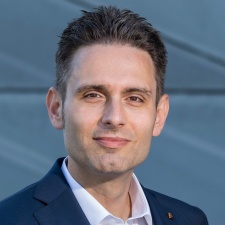 Tencent has appointed Zoran Roso as its marketing director of global publishing.

Roso previously held marketing positions at Activision Blizzard, Sony, and Take-Two, and has remained a prominent figure within the German games industry for the past 20 years.

In the role, Roso will manage the marketing operations of current and future titles from Tencent and its partners.

Roso’s employment is part of Tencent’s strategy to expand its global presence outside of China.

"We are very happy to have secured the services of Zoran whose wealth of experience will be invaluable as Tencent Games grows its international marketing team to support titles from both our internal teams and our partner studios," said Tencent director of global marketing David Tyler.

In recent years, Tencent has actively progressed its international expansion, such as the acquisition of UK-based Sumo Group for $1.3 billion earlier this year and Sweden-based Sharkmob in 2019.

Increasing regulations and restrictions in China have affected the firm’s domestic revenue growth, however, its overseas operations saw a revenue increase of 20 per cent for Q3 2021.

Tencent faced another setback this week, as the Chinese Ministry of Industry and Information Technology temporarily suspended the company from updating or launching games in Mainland China.

Tencent reigns supreme as the top-grossing mobile publisher for 2020