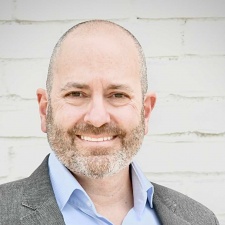 Genvid has announced the appointment of Andrew Schneider has joined the company in two key leadership roles: president of Genvid Entertainment, and chief marketing officer of parent company Genvid Holdings.

His responsibilities at Genvid Entertainment include responsibility for the publishing of the firm’s Massively Interactive Live Events, including the upcoming The Walking Dead: Last Mile.

Jacob Navok, CEO and co-founder of Genvid Holdings, stated: “Andy’s deep experience in streaming, games, and entertainment will be invaluable in his two mission-critical roles as we continue to expand both sides of our business.

“Andy will be instrumental in helping us fulfill our vision of launching all-new experiences that merge lean-back entertainment with lean-in, interactive content.”

Schneider himself added: “Genvid is establishing a whole new entertainment genre allowing fans to help shape and influence new stories involving worlds and characters they love. The opportunity to work with the talented entrepreneurs at Genvid and a roster of beloved franchises to establish MILEs in the hearts and minds of consumers worldwide is exhilarating.”

PG Connects London: how Genvid aims to bridge into the Metaverse