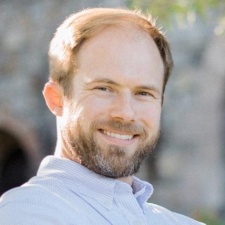 Up and coming new developer Imagendary Studios has announced the appointment of Michael Brinker to the position of Game Design Director in its Irvine, California studio.

A veteran of over fifteen years, Michael brings experience in AAA games, having worked in a leadership capacity on titles such as The Simpsons, Marvels Avengers, and the first two titles in the Tomb Raider reboot: Tomb Raider, and Rise of the Tomb Raider. Michael will bring extensive knowledge in the fields of level, world, and system design to his new role.

"Michael Brinker has led multiple tier 1 AAA games franchises and we’re thrilled to have him onboard to continue delivering incredible results with us thanks to his exceptional experience," said Imagendary head of studio Ryan Pollreisz.

“Our goal is to grow as a pan-entertainment studio delivering the most exciting products and innovations, and we’re happy to have Michael on board for the ride!”

A new move for FunPlus

Imagendary Studios who are working on their first AAA title was acquired by FunPlus in 2021, which as been ranked as the world’s top publisher of strategy titles. The FunPlus umbrella also encompasses KingsGroup, developer of titles such as State of Survival, which is a member of the exclusive unicorn club, and King of Avalon.

The acquisition of Imagendary Studios marks the company’s first step into the world of AAA development.

Potentially, Imagendary Studios could assist in the development of midcore titles, should Funplus attempt to break into the rapidly growing market. Midcore titles have a quicker development cycle and lower development cost than AAA titles, while still offering more upscale experiences to gamers than many other mobile titles. Brinker’s experience in AAA development could prove vital to this goal should Imagendary choose to investigate this route.