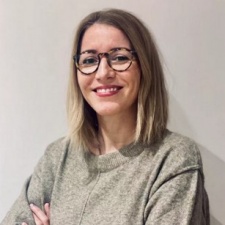 FunPlus has appointed Alba Rodríguez Embid as its new Director of Growth at its publishing office in Barcelona.

In the new role, Rodríguez Embid will aim to expand the FunPlus brand with both existing and upcoming games, as well as strategising and implementing user acquisition methods to better target a Western audience.

With more than a decade’s worth of online marketing experience, and six years at Socialpoint in leadership roles within user acquisition, retention and performance marketing, many games have been launched worldwide with Rodríguez Embid’s influence, such as Monster Legends and Dragon City.

The new hire is the latest in a string of crucial hires FunPlus has made this year, including the appointment of a new head of European studio operations and VP of business development.

At FunPlus, Rodríguez Embid is going to be involved in the development of promotional campaigns showcasing IP integration and the distinctive features within the FunPlus catalogue of games, such as in King of Avalon.

"We’re so pleased to add such a talented and accomplished leader as Alba," commented FunPlus general manager for the US and Europe Enric Cabestany.

"As we continue to evolve the FunPlus portfolio and our fan-favourite experiences, we’ll count on her, and other new hires at our Barcelona studio, to take us into the next era of mobile gaming."

Last month, Funplus revealed a new partnership with Warner Bros. to bring The Joker into State of Survival, following the success of its The Walking Dead collaboration.