The successful Series B funding round was led by Makers Fund 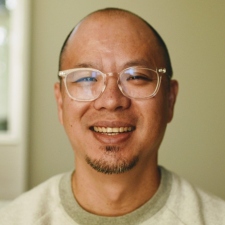 Theorycraft Games has raised $50 million in Series B funding. The investment round was led by interactive entertainment venture capital firm Makers Fund and saw participation from NEA and a16z.

Last year in March $37.5 million was raised by industry veterans to launch the Theorycraft Games studio. Theorycraft's further funding comes via the strength of the team they have managed to build and the studio's first game, Loki.

Theorycraft, led by CEO Joe Tung [pictured] will be putting the new investment to use on continued development on this first title. The studio has stated they are planning to move fast and are looking to extend the team with a new combat designer and level designer.

Other job news for Theorycraft saw them welcome former game director of League Of Legends, Jonathan Belliss to the studio. Belliss will be joining an experienced team with current members having worked on titles such as Overwatch, Halo, Destiny, and Valorant.

Founder of Makers Fund, Jay Chi commented on the investment and faith in the studio saying “Beyond the pedigree of the talent base, we’ve been continuously impressed by Theorycraft’s pace of development and the quality of what they have delivered in under two years.”

Chi went on to say “Joe and the team has created the perfect concoction in modern game making. A systems first, no BS, get things done culture, combined with profound design flair and a voraciously community focused approach.”

Joe Tung CEO and co-founder of Theorycraft also spoke on the investment stating “What’s attracted both talent and investors to our cause is our conviction that great games serve fundamental human needs and a studio that’s hellbent on serving those needs – above market trends, novel tech, or endless sequels. This is an exciting opportunity to have an impact on the industry we love”

Leaders of this funding round Makers Fund have made numerous other investments one of which being in Gamefam where $25 million was raised to develop and publish games on metaverse platforms.