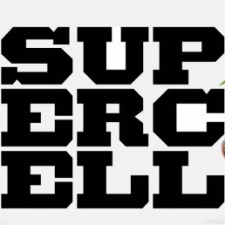 One year on from starting its search for North American teammates, Supercell has begun to build two new game development teams.

After meeting and speaking with hundreds of developers from across the continent, the decision to form two new teams was reached, and six people will be helping Supercell’s North America lead Ryan Wener in doing so.

Of the two teams, one is being started by Steve Desilets and Matt Mocarski. Desilets comes with experience from Valve, Zynga, EA and more, meanwhile Mocarski’s background is in art – having worked on games like World of Warcraft and WildStar. The two of them co-founded Scuttlebutt Games.

Supercell’s other new team is being started by Maya Kylmamaa, Kevin J Bray, Candace Thomas and Charles Lee – all four of whom have previously worked at Riot Games.

Kylmamaa comes most recently from Reforged Studios, where she was CTO and a co-founder. MobileGamer.biz highlighted that her new role is as game lead at Supercell US.

Formerly the first hire at Tonk Tonk, a mobile platform developer backed by Bitkraft Ventures, Bray has also worked at Riot Games and is now a game engineer.

Thomas has left her position as a senior manager at Riot Games to join Supercell, tweeting: "Leaving Riot was the hardest decision I've ever made, and I miss the team dearly, but I know they will continue to do great things without me."

Lee, meanwhile, spent seven years at Riot Games and worked as a visual developer on Arcane.

In a post on LinkedIn announcing the two new teams, Wener said: "Well, it’s been a year since we began looking for teammates to come help us start Supercell’s first game development team in North America. In that time, we looked at thousands of fantastic devs and met/spoke to hundreds of them, from all over the continent. So many inspiring people!

"This week, six fantastic people joined me to embark on this fun and exciting journey to build new games at Supercell across two new game teams."

Supercell’s card-based battler Clash Royale brought in a big boost to revenue last month after a reworking of the game's Trophy Road.