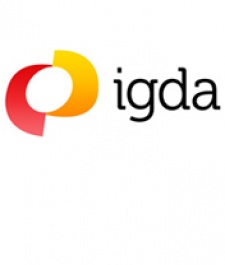 October 14th, 2011 - 08:30am
By Keith Andrew
After spreading to a total of 169 sites in 2011  one of which was hosted in Bristol courtesy of Mobile Pie  the International Game Developers Association (IGDA) has put out its annual call for hosts for next 2012's Global Game Jams.

The events - which charge attendees with making a game within 48 hours - look to "facilitate innovation, experimentation and creativity", with many of the projects that resulting having eventually made release.

Now IGDA directors are looking for hosts to put themselves forward for the next batch of Global Game James, set run January 27-29.

You got (global) game?

"We hope to see many new and old faces joining us in this fourth edition of the Global Game Jam," said GGJ director Zuraida Buter.

"It is always fantastic to see the excitement build up, culminating in an explosion of jam happiness and fantastic games."

Last year, more than 1,500 games were served up globally, with Game Jams in Jordan, Thailand, Czech Republic, China and Switzerland joining the party for the first time.

"It's truly amazing that designers and enthusiasts from 44+ countries can come together and take part in this 48 hour activity. But this has happened three times already and every year it gets bigger and better," added director Foaad Khosmood.

The GGJ directors are set to host a series of online Q&A sessions for Jam Site organisers, starting on October 18.

Early location announcements will then be announced mid-October, with registration for individual jammers kicking off in mid-Novemner.

More details can be found on the Global Game Jam wiki.

IGDA partners up for 3rd semester of Chartboost University