Taking on the role from interim executive director Sarah Spiers 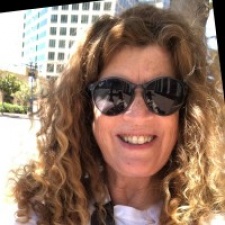 Walles intends to support an environment that is "safe and inclusive" for the game developer community whilst advocating for those from marginalised backgrounds.

Walles has joined the IGDA Foundation as a replacement for its interim executive director Sarah Spiers, who took on the role following Nika Nour’s departure last year. An industry veteran, Walles has spent decades in games with companies including Disney, Sony Computer Entertainment Europe, Atari, and more recently MWM Interactive.

At Sony, Walles worked as a director of sales planning. She moved to an executive role at Atari thereafter, and at MWM she worked as the senior VP of publishing.

Now with the IGDA Foundation, Walles intends to "continue the organisation’s mission of fostering a diverse and inclusive worldwide game development community", with intentions to focus on fundraising in order to "support the Foundation’s programs".

IGDA Foundation chair Christina Alejandre commented: "We are extremely excited to welcome Alyssa as the permanent executive director of the IGDA-F and are looking forward to working with her to evolve and grow the foundation."

There has been no shortage of industry hires this week, from former Roblox VP Jon Vlassopulos joining Dubit to Ebba Ljungerud joining Nordisk Games Board of Directors.