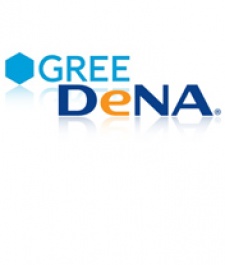 May 18th, 2012 - 05:01pm
By Jon Jordan, Contributing Editor
Japanese social mobile platforms GREE and DeNA are among the most profitable large games companies in the world.

During the first three months of 2012, GREE posted around $560 million in sales and DeNA around $530 million.

Respective operating profit margins were 29 percent and 44 percent, plus GREE has $625 million in cash and DeNA $720 million.

Bump in the road

Things aren't so rosy when it comes to their recent performance on the Japanese stock exchange, however.

One reason is that over the past two weeks, the companies (and others) have come under pressure from Japanese regulators over their virtual goods activity, in terms of selling to minors, and the peculiar Japanese pseudo-gambling process of 'complete gacha'.

To be fair to the companies, both issues are now fully resolved with the imposing fixed limits on IAP for those under 18, and the entire industry stopping 'complete gacha' activity. It's since been banned by the Japanese Consumer Agency.

Yet, combined with other macro economic concerns, neither companies' stock price has recovered.

DeNA's share price had been under pressure for six months, but prior to the current setbacks GREE's shares had been up around 35 percent compared to 12 months ago.

It's certainly a warning to enthusiastic investors currently piling into Facebook's IPO, in terms of the impact of government scrutiny and the downsides of being a company that's always in the public eye.