It all starts now 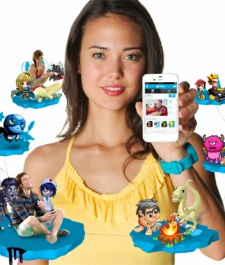 June 11th, 2012 - 01:27am
By Keith Andrew
Much hyped behind the scenes, GREE has now begun its assault on gamers, launching its first global website aimed at courting consumers in the west.

The site  dubbed 'Come Play GREE'  features a video that brands the platform the largest mobile social gaming network on on the planet, showcasing some of its big hitters, such as Assassin's Creed and Crime City.

Its launch is part of GREE's move to make a mark on the social gaming market in the west, having used E3 in Los Angeles to showcase six new games.

More noise has been made about its exploits in the west, however, with important partnerships having been signed in recent months with the likes of 2K Games, Ubisoft and Gameloft to bring content to the social network.

GREE also set up its first studio in the US to deliver exclusive releases, such as iOS title Zombie Jombie.

GREE officially launched in beta form on both iOS and Android at the end of May, though now appears to be on both marketplaces for good, with version 2.0.1 having hit the App Store on 1 June.