Bringing a business brain to the party 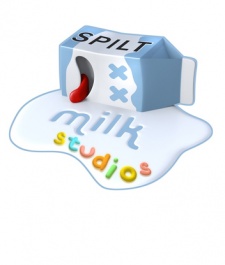 According to studio MD Andrew Smith, Lovell is to serve as a non-executive board member, helping to add some business acumen to the studio's continued smartphone assault.

"Nicholas and I have a healthy respect for each others specific areas of expertise," said Smith of the move.

"The business side of things has always been the toughest for me to cover in my day-to-day work and as such Ive found Nicholas to be invaluable. Not just that though; hes also clever, cunning and he is not even slightly precious or proud of his - well informed - opinions.

"We talk, we plan, we discuss, and I never get the impression he's anything other than relishing the challenges we overcome together."

For Lovell's part, a closer working relationship with Spilt Milk Studios represents an opportunity to tap into Smith's "refreshing approach to building a business."

"He's open with the challenges that he faces, he wants to learn through doing, and he does it while keeping a sense of humour," added Lovell.

"I loved what he and Nicoll did with Hard Lines, and Im really excited about the two new projects under development. Im delighted to add Spilt Milk Studios to my portfolio of Black Swans."

Spilt Milk's next game is Smash the Block - a modern day twist on Arkanoid - bound for iOS.