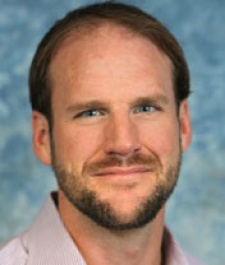 October 22nd, 2012 - 02:34pm
By Jon Jordan, Contributing Editor
In a move to bolster its free-to-play business, Big Fish has appointed Chris Williams as its VP and GM of Free-to-Play across mobile, PC and Mac.

Williams was previously VP of products & strategy at PlayFirst, where he spearheaded the freemium conversion of casual games such as the Dash series of games on iOS, notably Diner Dash.

"F2P games are at the forefront of that growth and Big Fish is extremely well positioned to take advantage of this with its huge total global audience of more than 70 million casual gamers and its portfolio of more than 3,000 games," said Williams.

"I am excited to be working with such a content-rich company, and look forward to working with its network of more than 550 developers, as well as its in-house teams, to help create the most playable and fun F2P games in the market."

And in keeping with the appointment, Big Fish has released its first free-to-play hidden object game on iPad Found: A Hidden Object Adventure.

Based around the Lost genre, players find themselves stranded on a secret isle after an alarming plane crash.